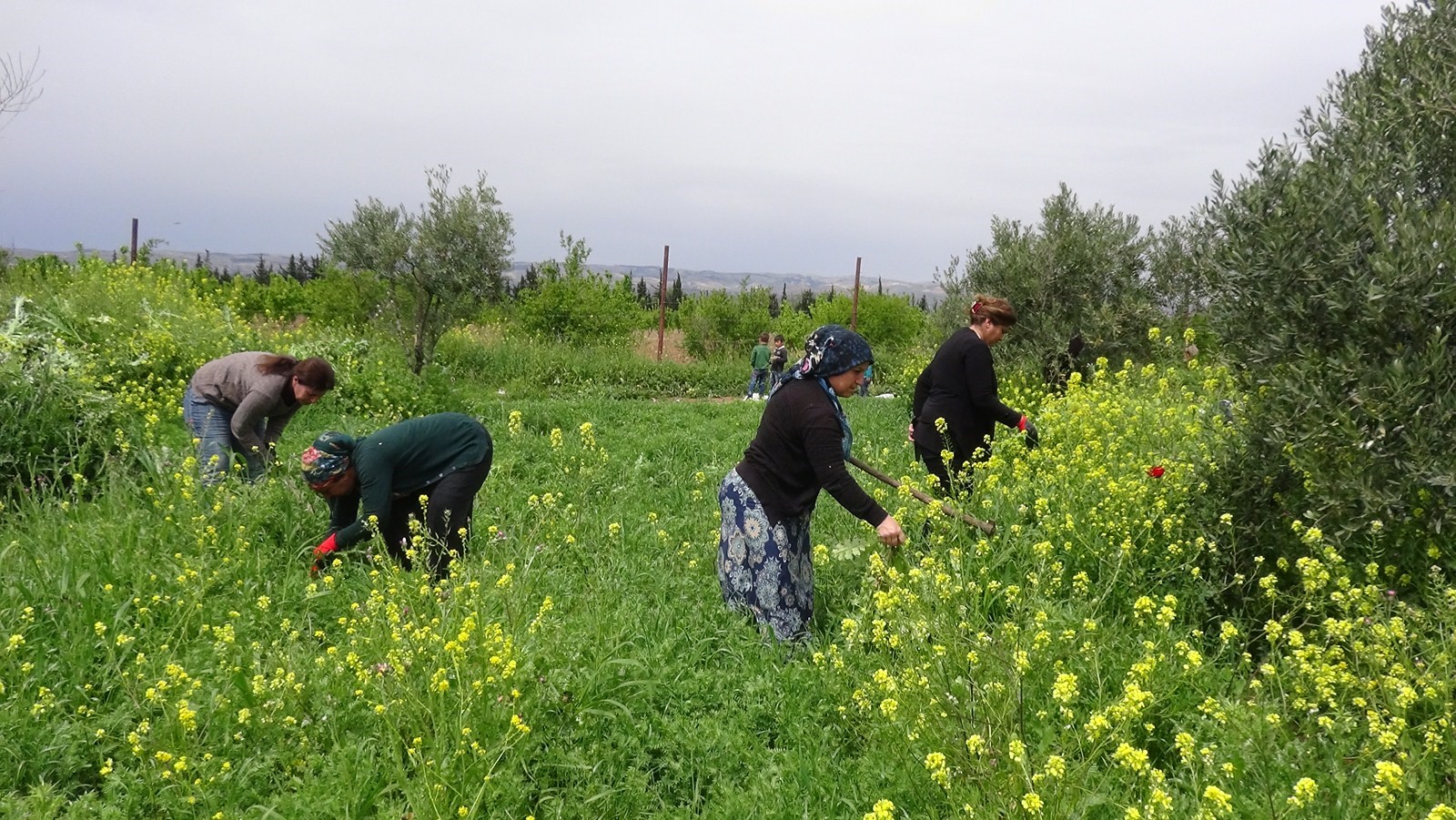 The members of Kongreya Star in Afrin Canton [Kantona Efrînê‎ / Afrîn] have begun weeding and pruning their crops to protect them from damage.

Since the start of February, the women’s cooperative society of Tal Salur village in the area of Jandairis [Jindires / Cindarisa / Cindirêsê] in Afrin, which consists of twelve women from Kongreya Star and other institutions of the city, have allocated five hectares of agricultural land for the planting of lentils.

In order to protect the crops from disease and damage, the members of the coop have begun weeds the crops.

Cankin Hasan, a member of Kongreya Star in Jandairis, said that the aim of this cooperative project is to restore the collective spirit in society, and also to allow women to depend on their own economy.