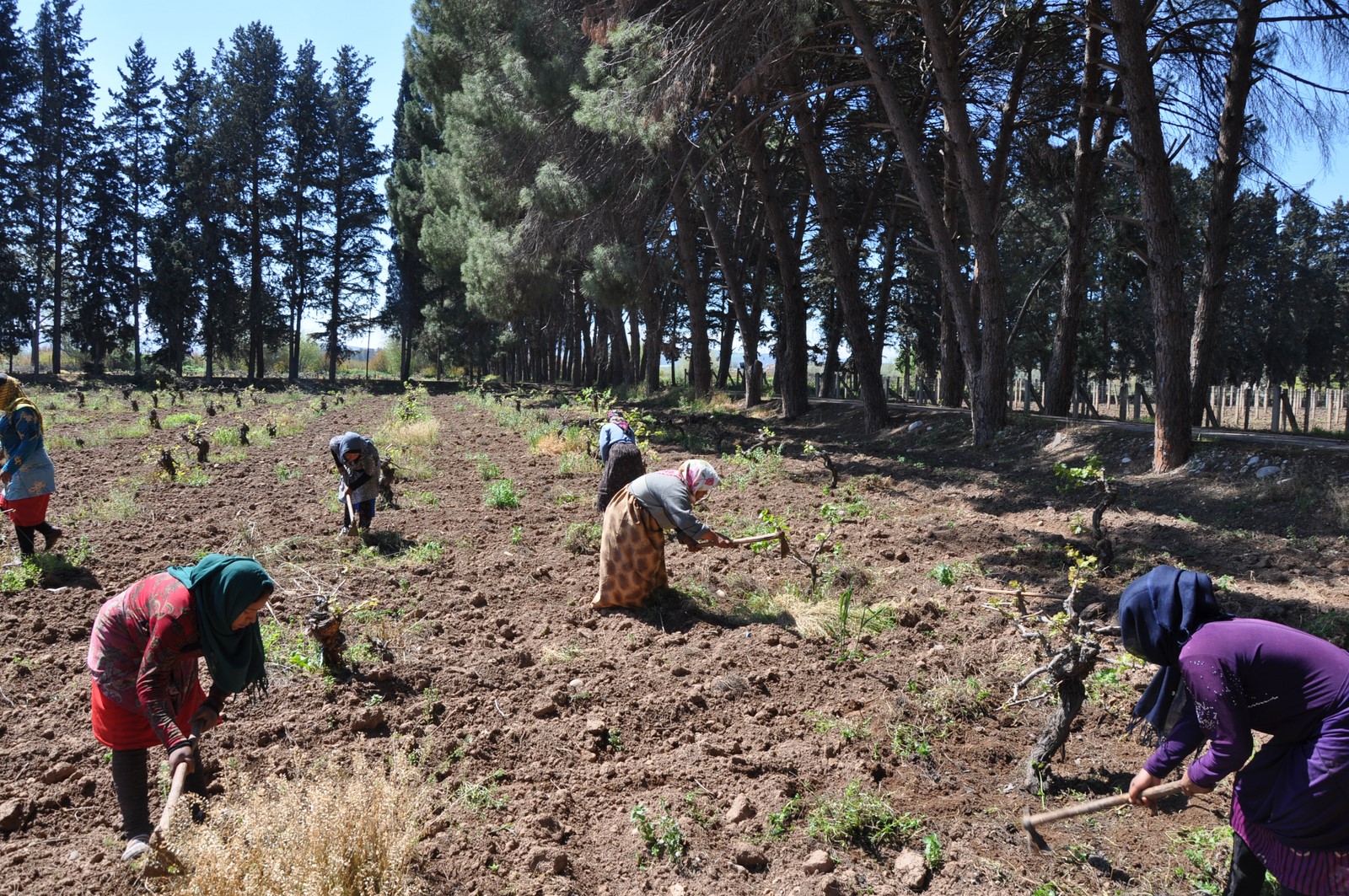 A great part of the agriculture in Afrin [Afrîn / Efrîn‎] relies on women’s labour. Women living in rural areas work in agriculture, co-exist with nature and improve their economy.

The agricultural work of women is often characterised by collective work; women get together and go to work in the fields and gardens. This scene is constant throughout the year, every season most of the work falls to the women, and they enjoy working together with a feeling of co-operation.

In every stage of agriculture, women are ready to take the leading role. In Afrin they plant wheat, lentils, chickpeas, cumin, coriander, potatoes, onions, garlic and other types of vegetables and fruits. The women are largely self-reliant.

Women go to work in the early hours of the morning, carrying their tools and their foods and drinks. Some of them, who are mothers, have already made food for their children.

Hawar News met with Mariam Shekho, a mother who lives in a village and has been involved in communal work

Marian says that agriculture is second nature to women, and that gardens near people’s houses are mostly cared for by women.

Mariam says her work in agriculture, and especially communal work, is one of the traditions that every woman there grows with, and that there is a lot of similarity between agriculture and women. She says that women there are characterised by providing for their families, just as agriculture provides for the farmers.