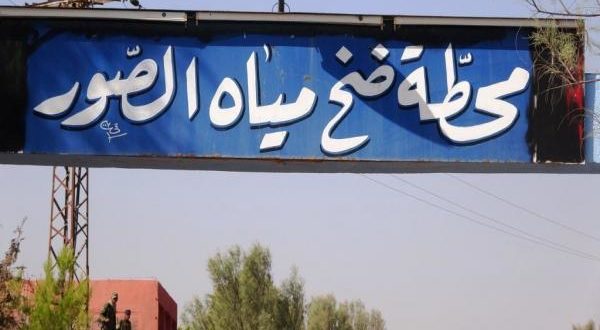 After 8 months of continuous work, the Autonomous Administration in northern and eastern Syria today opened “Al-Sor Pump Station”, which provides water for about 200 thousand people in Deir ez-Zor.

The opening ceremony started with holding a  a minute of silence in honor of the martyrs’ lives, followed by delivering a speech by the co-chair of the Deir ez Zor Civil Council, Dr. Ghassan Al-Yousef, saying, ” after declaring victory over the Islamic State terrorist organization, the Civil Administration in Deir ez-Zor started to rebuild the destroyed infrastructure. Today, we are working in all political, economic and service aspects .”

It is worth mentioning that the water pumping station provides access to drinking water for 200 thousand people as it serves 16 villages and towns from the town of Al-Sor north of Deir ez-Zor to the town of Marqada south of al-Hasakah.