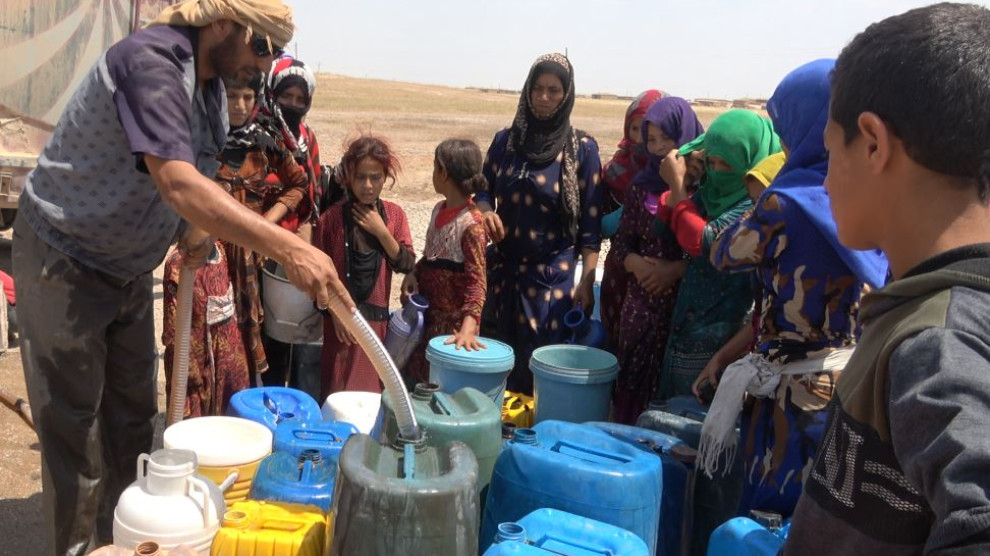 According to the Til Hemis Water Committee, the main problems are the electricity interruption.

Dozens of villages in Til Hemis district in Qamishlo are experiencing problems with drinking water, normally met from wells in the region.

However, due to the electricity being cut off for long periods and oil contamination in the water sources, drinking water shortages have been occurring recently.

Because of the water shortages experienced, dozens of residents are trying to get their drinking water from the water well in the village of Zuma.

Mehmûd El-Ehmed, who came to the village of Zuma with his water recipients in hand told ANHA: “At least 400 families are trying to meet their drinking water needs by coming to this well.”

Til Hemis People’s Council, on the other hand, is distributing drinking water to the villages of the district with water tankers. According to the Til Hemis Water Committee, the main problems are the electricity interruption.

The committee added that they have repaired the water dynamos in the region despite the limited resources and reminded that things have been slowed down because of the coronavirus pandemic.