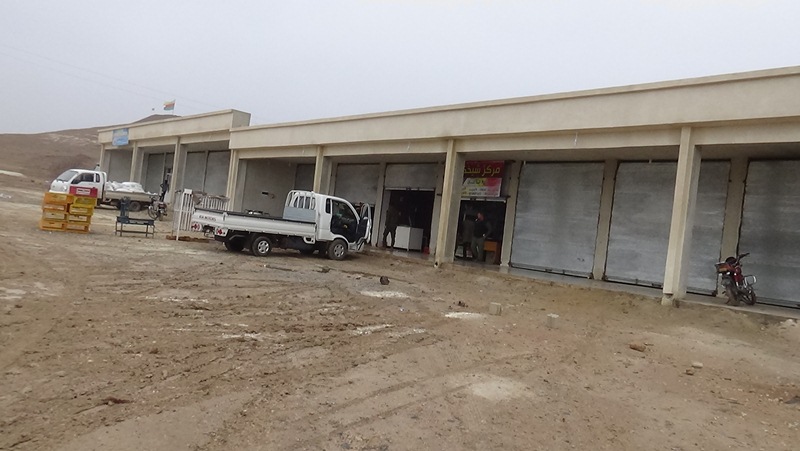 The people’s municipality in Sekar, a village in the region of Dirbêsiyê‎ [Derbesiye / Al-Darbasiyah], opened three economic projects supervised by cooperative societies with 116 members, in coordination with the Economic Council in Dirbêsiyê, The Women’s Economy Council, and other communes.

The people’s municipality in Sekar village in Dirbêsiyê, the town’s economic council, Women’s Economy Council and the village communes opened three economic projects supervised by cooperative societies with 116 participants. Their aim is to develop the economy in the region, achieve self sufficiency, break the siege imposed on Rojava and keep the spirit of cooperation and participation alive.

The municipality and Economic Council in Dirbêsiyê announced that the registration is open for three cooperative societies that will supervise three economic projects: a project to sell food, a project to open a bakery with a restaurant, and a project to open two agricultural and veterinarian pharmacies, starting from next August. 116 people joined these three projects.

The first project is a shop that sells food and cleaning products. 96 women joined from the villages around Sekar. The price of each share is 50,000 SYP. Three of these members work in the shop.

A member named Sozdar Mohammad says the aim of this shop is to develop the women’s economy and allow women to reach their potential in all walks of life. She confirmed that they are working towards expanding their projects to open a large mall that sells all kinds household products.

The second project is to open a bakery and a restaurant supervised by a cooperative society with 20 members. The cost of participation reached 125,000 SYP. per member. The bakery is due to start working soon in order to satisfy the people of the region’s need for bread.

Mohammad Ali, a participant in the bakery said that the aim of these projects is to help the economy grow, create jobs, decrease emigration and reduce the effects of the economic blockade, He also said, ”We will work on our land and eat from its riches and grow food in order to accomplish self sufficiency and maintain the spirit of cooperation among all the people in the region.”

The municipality of the people is also preparing to open two pharmacies—an agricultural pharmacy and a veterinarian one—supervised by specialists from Sekar area, in coordination with the Economic Council in Dirbêsiyê.