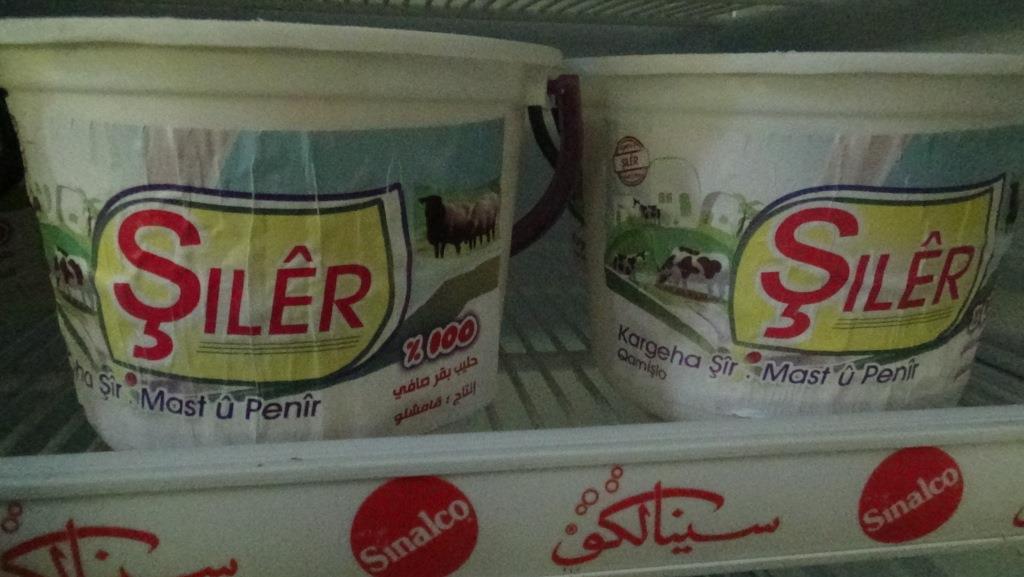 Four women are working like a family in a dairy cooperative in Qamishlo [Qamişlo / Qamishli / Al-Qamishli], to develop the communal economy. Since the beginning of the Rojava Revolution, people have made big and important steps in organising and forming communes and cooperative societies. The communal life is the basis of developing the society; it is a part of the system of the democratic nation in Rojava and is a new experiment in the region. Communal life develops through communes and cooperative societies, and continues in spite of the harsh circumstances. It is now starting to to show results.

One of these cooperatives is the dairy cooperative, Şilêr [pronounced Shi-lair], which is located in the eastern neighbourhood of Qamishlo. This cooperative opened 6 months ago, and it employs four women. Kolserin Mohamed Yones, a member of Şilêr, said that they had to face many difficulties at the beginning of their work, but they were able to get through the hardships after a while. She said, ”We are picking the fruits of our labour in this cooperative that we opened six months ago. We are four women and we work in this cooperative like a family. We make yogurt, cheese, cream and labneh [strained yogurt]. Every two days we receive about 200 to 400 kilos of milk, and we make about 200 boxes of yogurt. We distribute the yogurt to the villages of Qamishlo, Al-Hol and Hasakah [Hesekê / Hesîçe / Al-Hasakah].

Another member of the cooperative, Zakiyah Abdul Razak Hamid, said, ”Fist I want to say that we work together with great joy, we boil the milk and pour it into boxes to make yogurt. And we make labneh from the remains. We work when we get orders, and I hope that more women will come to work in this cooperative.”

Other members said that so far, in three months, they have made three tons of cheese and 700 kilos of labneh.