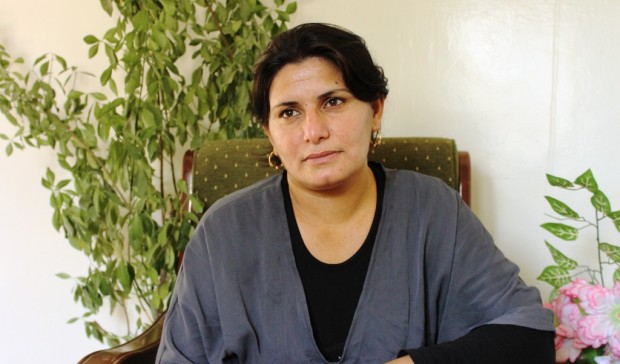 DÊRIK – The Women’s Agricultural Cooperative was founded by the women of Derik at the end of 2014 with the aim of improving social life, against the patriarchal system.

The Women’s Agricultural Cooperative established its first institution with the coordination of Star Union of Women (Yekîtiya Star) and Rojavan women towards the end of 2014. The aim of the women’s cooperatives is to allow women to practice self-governance and prove themselves in the most fundamental and active areas of life.

The Organizational System of the Agricultural Cooperative

The Women’s Agricultural Cooperative is made up of 13 members. 3 administrative members organize the activities of the cooperative. Women from all organizations are allowed to become members.

Since the foundation of the cooperative 450 acres of wheat have been harvested. Following the compensation for the expenditure on the soil, the rest of the product was divided equally among the members.

Expansion of the Project

As women have taken substantial strides in October, the managers of the cooperative and the Star Union of Women have made a decision to expand the scope of their projects. In this respect a decision has been made to increase membership and expand the fields being used.

Elîfe Qasim, a cooperative manager, has said this about their projects: “With this move we wanted to provide a degree of service to women and improve their situation”.