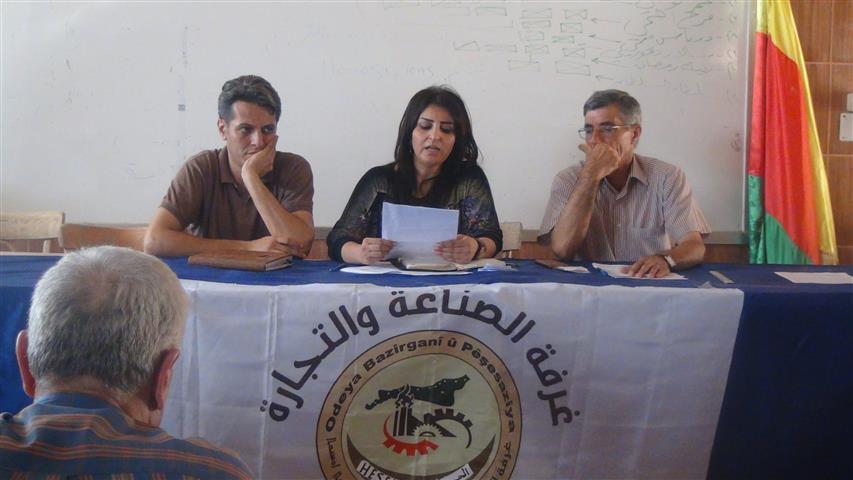 The Chamber of Commerce and Industry in Hasakah [Hesekê / Hesîçe / Al-Hasakah] had a meeting to form a committee for the Union of Factories. Many workers attended the meeting.

The co-chair Mohamad Saed Al-Amr spoke about the political situation in the region, and how it has led to the current situation. He said that all the countries that have intervened in the Syrian crisis care only about their own interests and not the people in Syria.

Al-Amr said that the conflict in Syria is a conflict of interests. He said, “We haven’t seen any genuine solutions for the crisis that has been going on for seven years, and this is evidence that each nation involved is only thinking about its own economic and strategic benefits.”

Al-Amr also said, “The confederal project will prove that it can protect people’s rights, and will solve the crisis that the nations involved have failed to solve.”

Walida Ibrahim, another co-chair, talked about the purpose of establishing the Union of Factories. She said that the union will benefit everyone. Many workers will represent and regulate the factories, which will ultimately develop and prosper the industrial sector.

She said, “The committee will adopt a set of procedures to enhance co-operation among workers, protect the rights of factories and establish relations between them.”