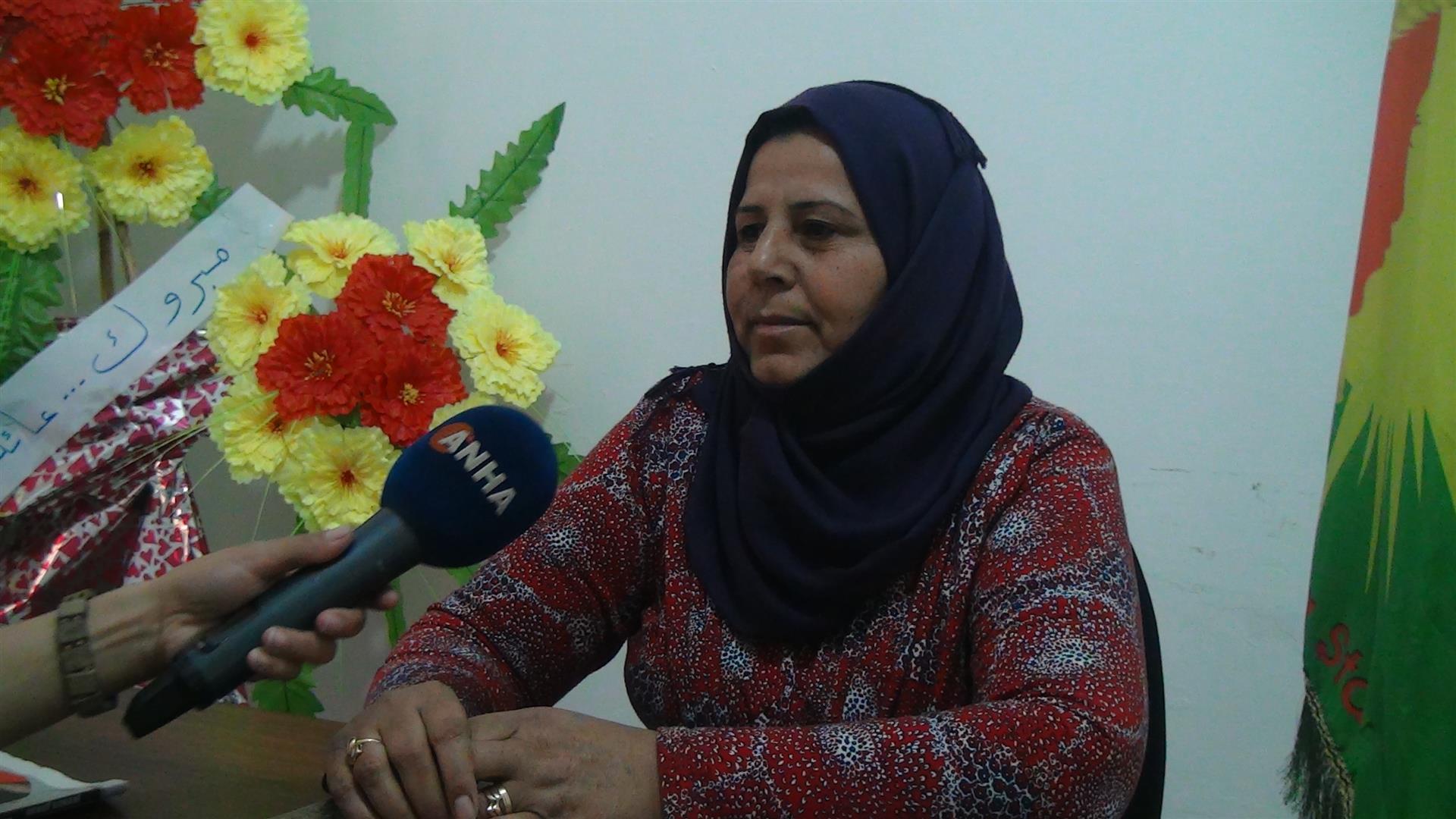 Hesekê [Hesîçe / Al-Hasakeh / Hasakah] — The first cooperative of the Women’s Economy Council in Kongreya Star was successful in its first project and is preparing for more.

Kongreya Star formed an economic committee for women with 20 members and 5 administrators in Hesekê on 18th June 2016, with the aim of letting women accomplish self-sufficiency, and providing work opportunities.

After the formation of the Women’s Economy Council, schemes and plans were put forward to develop a women’s economy. In the beginning, there was a project of making muhammara and selling it at a lower price.

The work plan was supervised by five administrators and twenty other members of Kongreya Star’s economic committee. Each member paid 25,000 Syrian Pounds to buy red pepper and the women managed to transform three tons of red pepper into muhammara in three batches. The last batch is still being sold.

The cooperative became very popular because of the good quality of the red pepper and its low price, and because it was being sold for a price of 200 to 300 SP less than other shops.

In an interview with the administrator of Kongreya Star and the women’s cooperative, Anoud Kro said, ‘’We faced some difficulties in the beginning because it was our first experience and we weren’t aware of some issues, like getting a new machine to mash the pepper and other tools, but later we managed to avoid these mistakes. Now we are examining our next project, which is cooking watermelon seeds. This project will be more difficult than the muhammara project, because there was a lot of demand for the muhammra, but our cooperation with Hevgirtin that was formed in Cizîrê‎ [Cezîre / Jazira Canton] will help. They will provide support to the cooperative in marketing what we produce in the next project.’’

About their future projects, Anoud said, ‘’Our future projects will be in line with the seasons; there will be preparation for the olive and drying mallow and other vegetables and food products.”

At the end of her speech, Anoud Kro praised the cooperatives that are forming in the region and called on all women to participate in order to build a self-sufficient women’s economy.