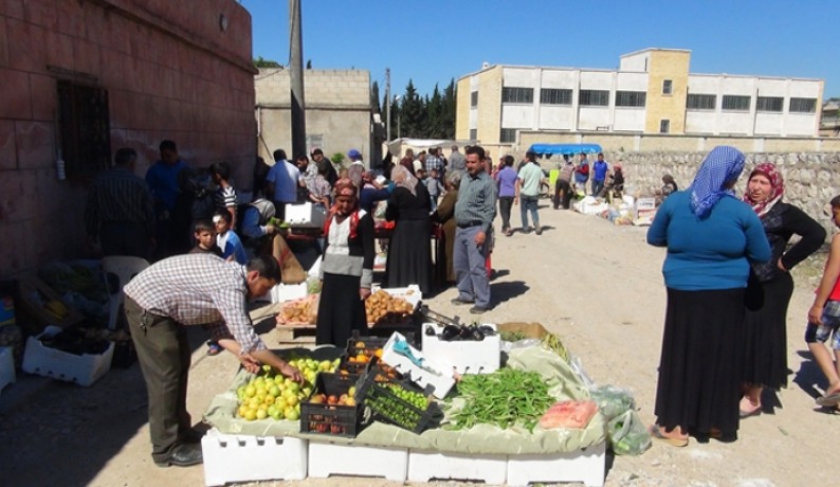 * Kurdish Question has edited this paper to make it more legible in the English language.

If we are exerting some effort and diving into the study of the history of social and economic relations since the beginning of human societies in Mesopotamia, in the Middle East or in any other area on the globe, we will notice that the nature of social relations and the degree of influence of a class on the other categories determine the economic relations in those communities.

These expressions indicate a certain economic, social, and political situation and the nature of the relations between groups in one community or between diverse communities, but they do not reflect the reality of economic science.

Historical facts assure us that the economy becomes a science to meet the needs of communities, it isn’t a science to maximise wealth for specific groups

From this definition we must know that the economy would not be economical if it is not social, in other words, any economy that is not aimed at achieving the social welfare of all members of society cannot be defined as economy, but is a sophisticated mechanism for financial, intellectual and cultural looting

This definition of economics is the theoretical basis for the development of economic and social policies in Rojava.

Geographically Rojava stretches from the far east to the far west of Northern Syria, an area that is a natural extension of the Kurdish regions of Iraq and Turkey. It is named Rojava (West) because it is located in the western part of Kurdistan, which is divided between four Middle Eastern states: Turkey, Iraq, Iran and Syria, since the First World War.

Rojava covers a 18300 km2 area distributed between three cantons: Jazira (Cizire), Kobane (Kobani) and Afrin. Jazira canton is the largest Kurdish provinces in Rojava, and it is rich in esoteric wealth, especially oil and natural gas, while Kobanî canton is rich in the production of grain, cotton, and Afrin canton is famous throughout Syria for its production of olive oil.

The concept and the characteristics of the social economy

Social economy is similar on external merit with the social market economy, these concepts can be mixed up and seem the same on the surface.

However we will fall into a fatal error if we assume that this similarity means they are the same, because it will lead us to believe that social economy is a natural reaction that has appeared as a result of particular economic conditions in the capitalist system.

However social economy is quite different, to understand it Mr. Abdullah Öcalan goes back to the beginning of the emergence of economics as a science, and explains that its job is limited to meeting the basic needs of human beings within the limited resources available.

Mr. Öcalan says that in a social economy the use value must be greater than the exchange value.

Based on the above we can define social economy as a science, which seeks to secure the needs of the community outside and away from the monopoly of the means of production.

The characteristics of the social economy

1 – social economy is anti-liberal economy, which is not a centrally planned economy.

3 – economy is open to all ecological activities (agricultural, industrial and commercial).

4 – economy based on ethical values.

The principles of the social economy system in Rojava

The foundations of the social economy in Rojava

A- Core protection means adopting the economic values that protect the nation’s democracy, as well as social economic institutions such as the environmental institutions.

B- Mentality of the social economy means the mind of Social Economy and identifying the basic points that represent scientifically and historically the examples and justification for the adoption of this methodology. The most important of these points are as follows:

The common organisation of life in all social and economic spheres. In Rojava we began to establish the social and economic communes in three cantons, in all villages and towns. Today we have about (400) communes only in Jazira Canton, which is developing daily. The number of members in each commune is about 20-35 persons.

ii – The social economy and the importance of choice

Social economy is all the practices in the context of the communes, which means taking economy out of its narrow concept of only profit.

1) Democratisation option: social economy loses its meaning if it is not viewed as a democracy itself.

We believe that any economic activity without social goals will inevitably lead to encourage the emergence of individualism, and thus will result in the reduction of democratic practices.

2) The ecological shift option: This is very important for democratic transformation, because the economic practices are applied ecological practices.

3) The social economy is teamwork: Participating in communes through the following activities:

iii. How the social economy considers the core economic activities

1. Production: there is a private sector for production, but the most important form of production is the production through the communes and cooperatives.

2. Working: all workers must work in the communal projects.

4. Market: the market is a main part of social economy, but the use-value must be greater than the exchange-value, and there is no stock market.

5. Technology: is very important and depends on ecological activities and balance.

6. Industry: there is no industry if it not ecological. This is very important in our economic and social system.

7. Economic progress: we depend on balanced development theory between three cantons.

8. Trade: the main form of trade is the trade between commons. This form foregrounds and develops the importance of use-value.

9. Finance and funding: the banking system is not like capitalist system; it is only to save money and help the communes. The resource of financing is the output of the projects; there is non-centralism in the financing system, because this system depends on communes.

Elements of the success of the social economy in Rojava

Obstacles of success of the social economy in Rojava

The institutional structure of the social economy in Rojava

A – Economic Academies: For graduating economists