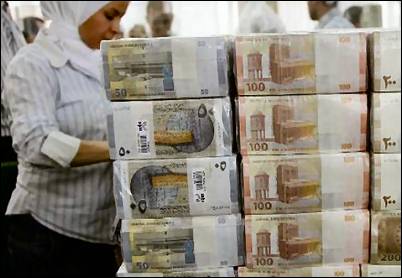 In Rojava, where the people have declared an autonomous administration, the social economy, or, in other words, the people’s own economy, is fundamental.

Article 42 of the Social Agreement which is characterised as the constitution of the autonomous administration, states: “the economic system shall be established on the basis of the maintenance of social development, justice and production and shall rely on scientific-technological possibilities.

The development of production and the aim of economic activity is to meet human needs and establish an honourable life. Democratic Autonomous Administrations accept a joint economy and legitimate competition based on the tenet of ‘everyone will earn according to their labour’, prohibits stockpiling and shall establish social justice. The ownership of the national means of production shall be established, the rights of citizens, workers and the environment shall be protected and national sovereignty consolidated.”

A new economic understanding with the social economy model

The ‘Institute for Economic Development’ which has been set up in Rojava, aims to ground a new economic understanding through its projects and activities.

Xelîl Kobanê, a member of the Institute’s executive, told ANF the institute had been set up 7 months ago with the purpose of establishing an independent economy.

Local services are the business of the institute

Kobanê said the institute issues licenses to those who wish to carry on trade and has authority in the regulation of imports and exports, and provides local services such as the construction of pavements and the provision of water supplies.

“Construction is also in the form of companies. From housing to co-operatives,” said Kobanê, describing the institute’s functions and activities in the agricultural sector thus: “We are aiming to increase production, meet the food needs of the people and ensure the fair distribution of produce. We categorise our agricultural work taking into consideration the geographical situation of our regions. We are also developing projects designed to improve production in both agriculture and livestock production.”

Xelîl Kobanê added that they had organised the production and distribution of fuel and that on the industrial front they were encouraging the opening of factories to facilitate the development of local industry rather than relying on imports.

Xelil Kobanê continued: “We will reopen the tomato and pepper sauce factories and the bean and okra canning plants that are currently closed. In connection with this we will concentrate on the cultivation of beans, tomatoes and peppers. There is cattle breeding and related food products. A poultry farm has been opened in Kobanê. Due to the embargo on Rojava there are some problems regarding purchasing which we are endeavouring to overcome.”

Xelil Kobanê added that they had established separate projects for women, and that the aim was for women to set up their own economy in these sectors.

The official of the Institute of Economy listed the projects that have recently been implemented and their short term goals thus:
“Are current projects are in housing. There are also projects underway to develop greenhouses for agriculture. These began a few days ago in the Girkê Lege area. We are also repairing roads. We have completed the martyrs’ memorial in Derîk and several village roads. Some special projects for the Kobanê area are also on the agenda, but as the roads are closed we cannot communicate sufficiently. We will also establish a co-operative in the Dêrik area. We are particularly keen to reduce the price of foodstuffs. At present there is an embargo on Afrîn and Kobanê. Our aim is to develop the economy of that region.”

More than 500 people have jobs

Xelil Kobanê said they wished to create new work sectors and employment opportunities, adding that more than 500 people have been provided with jobs in the Cizîre canton.

“If the projects we have planned are implemented then revolutionary results will be obtained”, said Xelil Kobanê, adding that they would not permit bribery and corruption and that the regulatory mechanism was in the hands of the people.

Xelil Kobanê concluded by saying: “The independent economy we wish to establish will grow like a snowball with the passing days. The salaries of those working on the projects will come from within that project.

That is, the projects brought by the people will return to them in the shape of income. We are trying to set up people’s economies within the framework of Democratic Autonomy as explained by the leadership.”