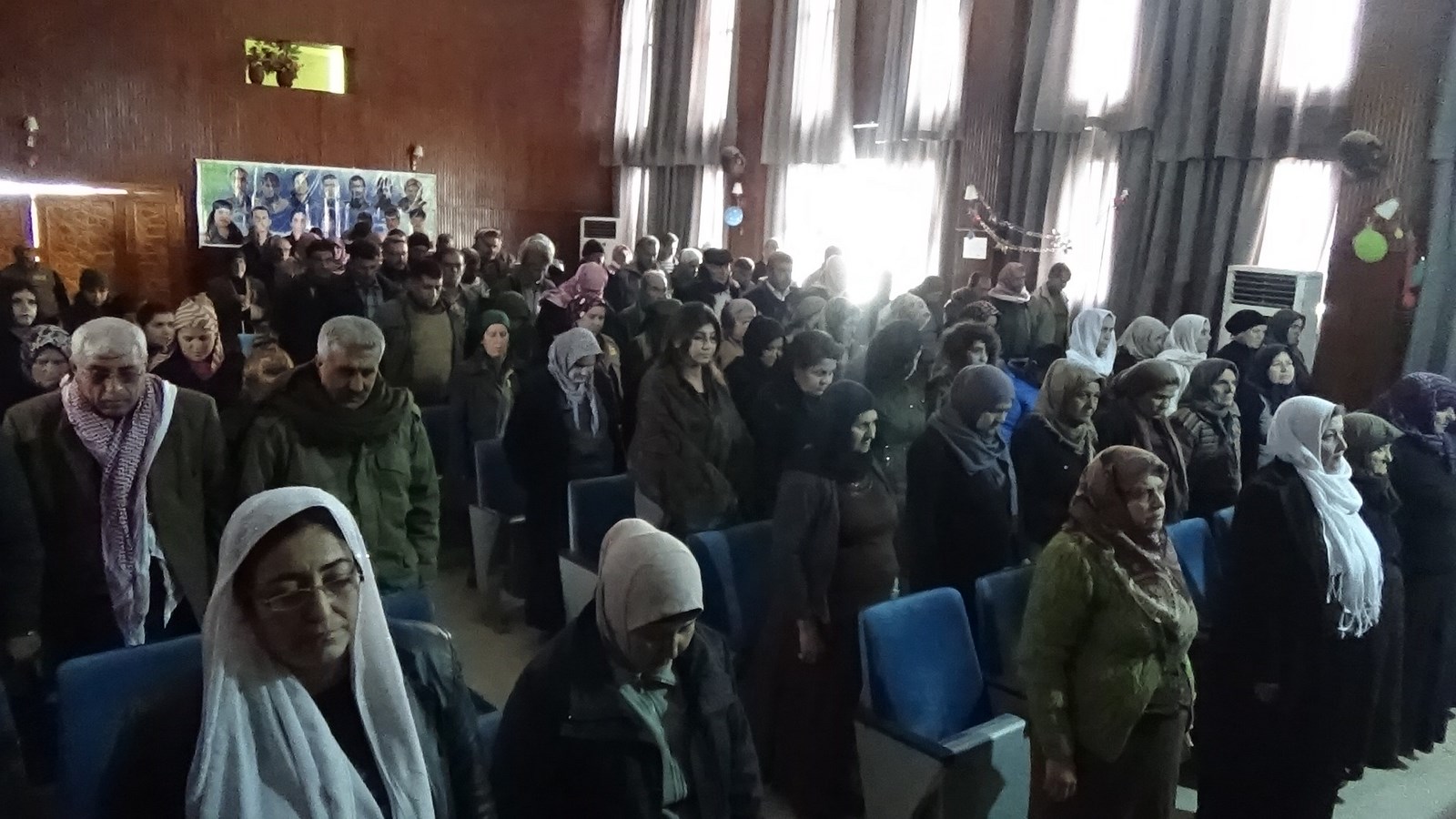 The Centre for Economic Development organised a meeting in Afrin [Afrîn / Efrîn‎] for people in Jandairis [Jindires / Cindarisa / Cindirêsê], in order to hear their opinions and suggestions about how to benefit from their economic resources.

The meeting was held in the cultural centre, and after a minute of silence, Dalal Shaikho, an administrator in the Centre for Economic Development, talked about the richness of natural resources in Kurdistan. She said, ”Since antiquity, the lands of Kurdistan have been colonised and invaded by the domineering powers in the region.” Delal called upon the people to benefit from the riches of the region and to develop their society.

There were many discussions and suggestions that followed the speech; people stressed the importance of economic projects to support the agricultural sector, and to build food-production factories to accomplish self sufficiency, and also to use the water resources for drinking and irrigation.