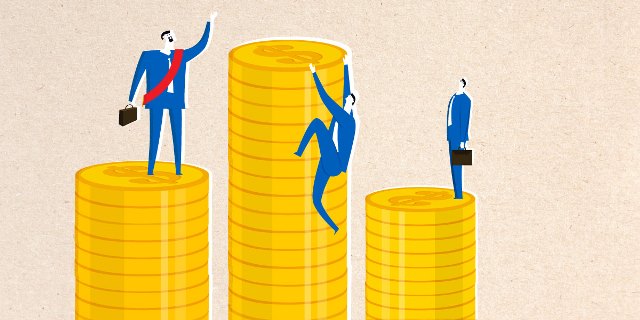 The challenges that the people face in Rojava

The living conditions have become like the straw that broke the camel’s back. With the increase of refugees from other parts of Syria and Iraq, particularly from Mosul, the burden has increased for all the people in Jazira [Kantona Cizîrê‎ / Cezîre].

Most workers in the region earn very little for their labour. The average income, whether of employees of the Self Administration or the Syrian government departments, does not exceed 50 or 60 dollars, around 30,000 SYP [Syrian Pounds], as a fixed salary of a person with a family of four or five members.

But the situation of most people of the region who rely on this type of wages is considered to be under the poverty line, because the average spending is $100 per month. A family of five should earn $500 per month, equivalent to 250,000 SYP to satisfy their basic needs. The average income is only 10% of what a family needs, and this has a negative effect on their health and education.

Weakness of the education system

Students from families who suffer from low incomes tend to drop out and work either part time or full time. This will have an effect on future education, because students focus only on passing the tests, which would then have an affect on the job market, because most of the graduates may not have the qualifications.

Most cases of divorce and social hostilities are due to financial problems. Family members desire a better life and in most cases this is not possible, so that escalates the problems and leads to divorce.

Some views about the living conditions and their effects

The Democratic Union newspaper [newspaper of the PYD] felt that people are suffering from the prices and wanted to ask some citizens for their opinion.

Abu Aram, a vegetable seller in the Alhal market, said, ”The prices are fluctuating every day. If the shipping stops then vegetables become absent in the market, and that makes their prices go up. A family of four in such a situation needs almost 2,000 SYP just for fruit and vegetables, and honestly, if I wasn’t working here I wouldn’t have been able to satisfy the needs of my family for them.”

Saed, a chicken seller, said, ”The goods are always available, but the prices are not fixed. Especially after Ramadan prices have gone up a lot, in spite of all the excuses by traders, connecting it to the dollar. The price for live chickens is 1,100 SYP. The price for frozen and cut chicken varies, and it depends on the quality. A family of five, for example, would need almost 20,000 SYP a month if they were to have chicken twice a week, and I think that would be very expensive compared with the average income. Most people can’t afford to have chicken regularly.”

Abu Ciwan, an owner of a small shop, said, ”The prices are never stable, they go up with the dollar, and when the dollar falls nothing changes. I’m personally confused by this. It is catastrophic, not only to the client but also to us as retailers. A family of five needs on average around 25,000 SYP to satisfy their needs of basic food, and this amount could be acceptable for some people, but it could be very expensive for others.”

Samir, a second-hand clothes seller, said, ”We have competitive prices, a lot of people come to us to buy clothes, and that’s because new clothes are very expensive. The price for a t-shirt could be between 4,000 and 7,000 SYP, not to mention children’s clothes, which have become very expensive. Parents who want to buy clothes for their children every six months have to save around 10,000 SYP, in order to be able to buy something appropriate.”

Abu Akram, a pharmacist who is still working, said with a smile, ”I always advise people not to get sick, because if a patient has an appointment with a doctor for a general check up, they will have to pay 2,000 to 3,000 SYP, not to mention medicine, MRI or blood tests. Prices have increased, and with the absence of medicines, pharmacists are using them as currency. If someone gets ill and walks into a clinic, they won’t go back home without spending more than 10,000 SYP, even if they have a mild illness, or if medicine is available.”

With these views that we have gathered from many segments of society, the picture is quite clear. The whole region has fallen into a great financial crisis where 90% of people suffer from abject poverty.