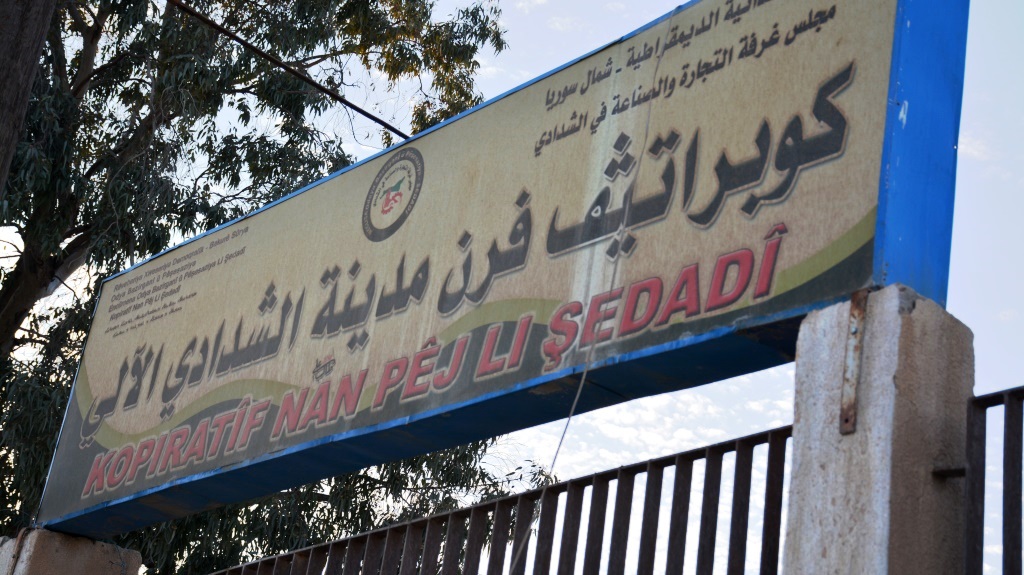 The Committee of Industry, which was formed by the Union of Co-operatives in the Jazira Canton [Kantona Cizîrê‎ / Cezîre] formed a committee for a bakery co-operative in Sheddadi [Şeddadê / Shaddadi / Shaddadah].

The meeting where the committee was formed was attended by 52 of the bakery co-operative shareholders, and Samir Sadeq, a member of the Committee of Industry.

Samir explained the idea of co-operatives at the beginning of the meeting. He said, “Co-operative societies are meant to co-operate and share the profit, and they don’t stand for financial profit alone, but are dependent on communal work to secure the basic needs of society, and work to reinforce self management, participation and the protection of the environment.”

He also said, “The co-operative societies can coordinate with each other, exchange expertise and support one another in all fields. These are the principles that the development of production should be based on, and it will only increase through the participation of all members of society, until the culture of co-operative communal life is formed strongly and effectively.”

At the end of the meeting, the Committee of Industry formed a committee for the Bakery Co-operative in order for them to self-organise. The committee was formed through direct election. Fifteen people were elected to be in the committee, eight women and seven men; ten of them as members of the committee and five administrators.