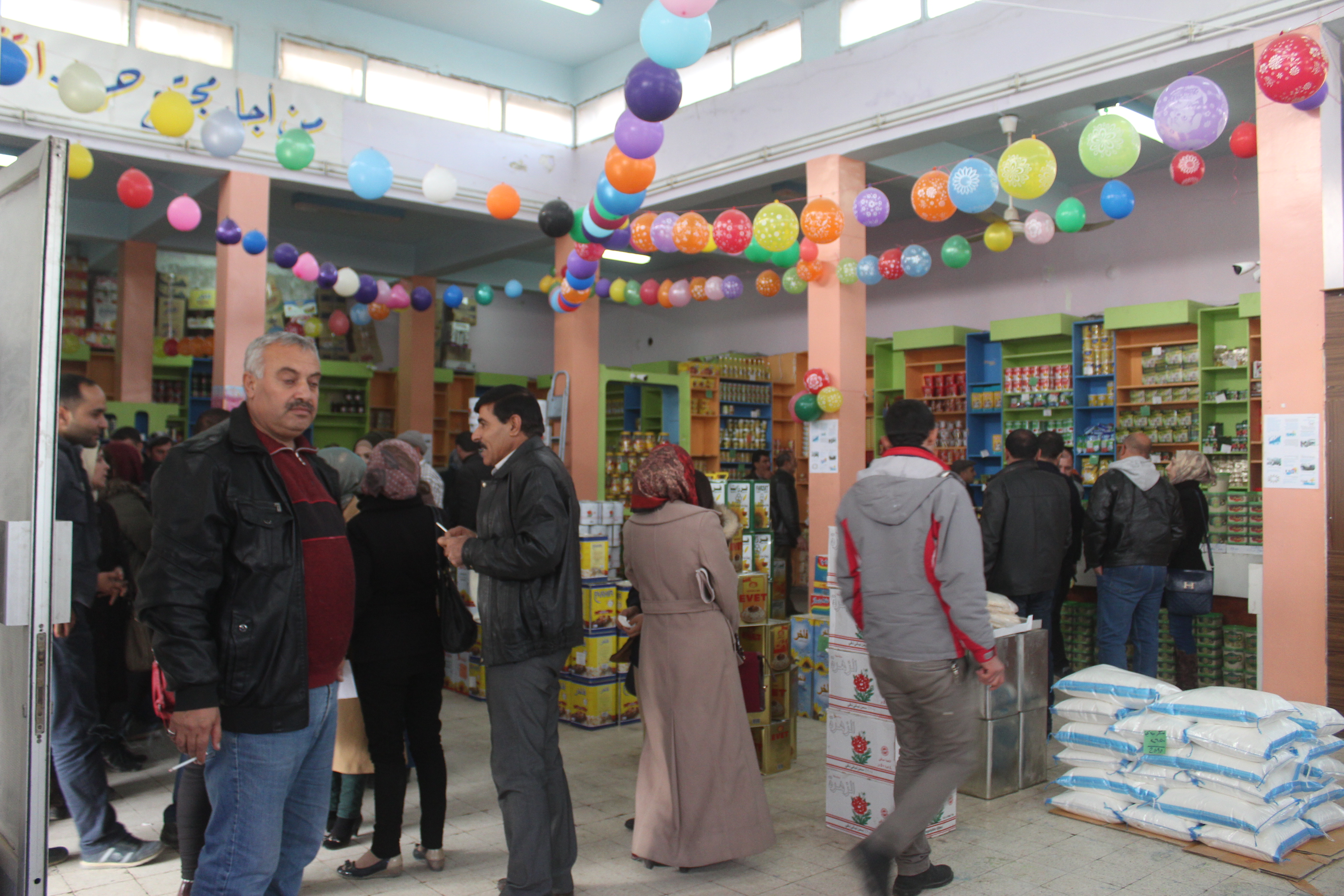 The Economic Committee and the Management of Co-operative Societies in the Manbij [Minbic / Mumbuj] Democratic Civil Administration have opened the first consumer co-operative society in the city.

The objective is to establish the concept of co-operative societies and communal work across all the strata of society and to build a democratic society. The co-operative is in the middle of the city of Manbij near the Lamba roundabout, and it sells food and cleaning products.

The opening was attended by members of the city’s institutions. Hanan Ahmed, a member of the Management of Co-operative Societies, said that this is the first consumer project of the Economic Committee in the city. She also said that their aim as a committee is to spread the culture of co-operative societies, which are not based on financial profit alone, but also on the idea of working communally in order to satisfy the needs of society, the participation of all members of society, and the principles of a communal economy.

The price for a share is 50,000 SYP [Syrian Pounds], and every citizen has the right to participate by purchasing up to 20 shares.