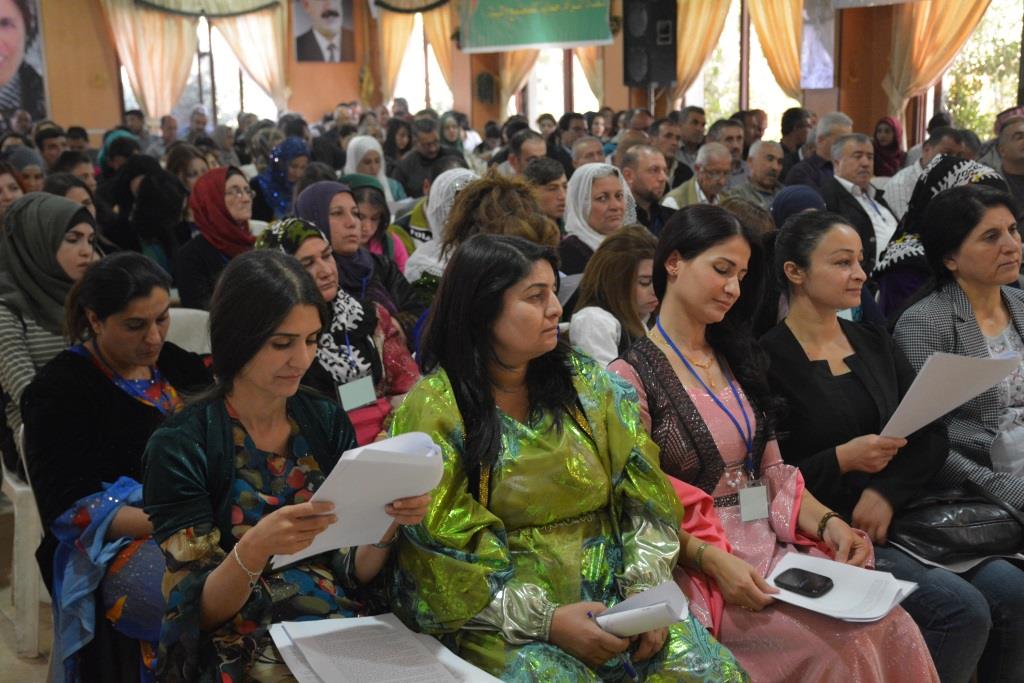 Many important decisions were made at the First Conference for Co-operatives in North-Syria, which was held in Paradise Restaurant in Derik [Dêrik / Al-Malikiyah] city, in the province of Qamishlo. The conference was held under the slogan “Co-operatives will be the foundation of society in North Syria.” The conference was attended by almost 200 members from the three cantons in northern Syria.

There were many discussions in the conference, and the members gave their opinions about developing co-operatives and making them more successful. There was a reading in both Kurdish and Arabic of the Interior System of Cooperatives, which consists of six Articles. After many discussions of the the Six Articles, a committee was elected to collect the opinions and suggestions made in the conference, and add them to the Interior System of Cooperatives in North Syria.

Some of the most important decisions that were made in the conference about developing cooperative societies were: