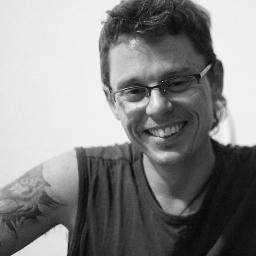 The militias of the YPG and YPJ are fighting in Rojava, a Syrian border region of 18,300 square kilometers that is next to Turkey and is divided in three cantons (regions): Kobanî [Kobanê / Kobane], Cizîrê‎ [Cezîre / Jazira Canton] and Afrîn [Afrin / Efrîn‎]. In these territories, agriculture (wheat being the main product), and petrol are the main sources of revenue.

Although the Kurdish guerrilla has ousted the Islamic State from Rojava, their region is still under siege by the terrorist group and the Turkish military, since the government in Ankara rejected the self-governed political forces that have taken over in Kobanê. Despite all this, the inhabitants of Rojava proclaimed a revolution two years ago, and a “third way” began to take shape. The Kurds, Arabs, Assyrians, Turkmens and other peoples created a new system based on the ideology of the Workers’ Party of Kurdistan (“PYD” in the north of Syria). “Democratic Confederalism” (CD) harbours great possibilities for Rojava, despite the state of war and the economic blockade principally imposed by the Turkish state.

Months ago, the populations of Rojava drafted a Social Contract (Constitution), in which they stipulated that, “Natural resources, located both above and below ground, are the public wealth of society. The processes of extraction, management, licensing and other contractual agreements related to such resources shall be regulated by law”. With these lines, they declared that “buildings and land” are property of the new self-governed autonomous region.

It is indicated in the Social Contract that all inhabitants of the region have the “right to the use and enjoyment of his private property. No one shall be deprived of his property except upon payment of just compensation, for reasons of public utility or social interest, and in the cases and according to the forms established by law.” With respect to the economic system, it says that, “The economic system in the provinces shall be directed at providing general welfare and in particular granting funding to science and technology. It shall be aimed at guaranteeing the daily needs of people and to ensure a dignified life. Monopoly is prohibited by law. Labour rights and sustainable development are guaranteed.”

In an interview with Amaad Yousef, Minister of Economy in Afrîn Canton, which was published in Özgür Gündem, there are a few lines about the economy in Rojava. The functionary explains that the region was always characterised by poverty, which is why the central government, “does not allow to open factories or development or any other form of acquisition of riches in the region”. Yousef remembered that, “In Êfrin, 200 olive processing plants were closed. Apart from that there wasn’t even one small workshop.” [translator note: original article stated, “in Efrîn there were close to 200 olive processing plants. Outside of this there was not even the smallest workshop”]

Before this critical situation, the administration of Rojava launched development centres of the Social Economy in several towns.

The English anthropologist and anarchist activist David Graeber─who at the end of the year spent ten days in Cizîrê─wrote that an academic system now exists that is considered the ‘key of the economic strategy’. It offers six weeks of intensive courses in diverse specialisations that used to be dictated by the Syrian government. “The (new) economic academies not only provide training in technical knowledge but also emphasise cooperative management and aim to disseminate this knowledge to as many people as possible,” the anthropologist recounted.

In his article From Self-Management to Democratic change: the Revolution of 19th of July, author Hassan Rammo highlighted that in September 2013, the administration of the region “issued a decision to reduce the price of fuel,” as well as delivering wheat seeds and fuel to farmers as loans to be paid “after the end of growing season”.
In Rojava: a Revolution in Daily Life, journalist Rebecca Coles points out that “the new administration took the land and distributes portions of it to self-organised co-ops who are working to expand the farming of animals and to increase and diversify what is grown.” Coles explains that the autonomous government, “continues to extract some oil and to refine it into low quality diesel to sell in the canton and to distribute to co-ops and other institutions. What co-ops produce is sold either to the administration or in the bazaar under administration price controls. The administration provides each household with a bread ration. Smuggling is huge.“

Yousef assured his interviewer that unemployment was low in Êfrin now, whereby the population has grown from 450,000 people to one million, including 200,000 Arabs.

Despite the instability of the region, the functionary enumerates that “50 soap factories, 20 olive factories, 250 olive processing plants, 70 factories making construction materials, 400 textile workshops, 8 shoe factories, 5 factories producing nylon and 15 factories processing marble”  are already functioning in the canton; to which we can add two mills (to process wheat) and two hotels. “We are doing all of this in the villages so that the people return […] Once more a dam was built to provide drinking water. We created a ‘made in Efrîn’ brand. We forbid the founding of any more olive factories from an environmental perspective. We also forbid workshops melting lead to protect human health.”

Among other economic aspects, the minister of Êfrin detailed that they are still using Syrian currency (Pound / SYP) and that imposing interest rates was forbidden. “Those who do are put on trial and face consequences,” he said. State banks don’t work, but banking entities were founded, although Yousef recognised that, “People are saving by putting money under their pillows”. The Basque Autonomous Region is being examined for its taxing system, the functionary explained. At the moment, he said, “Taxes are collected and these taxes are then distributed to the ministries, depending on the need. There is transparency around these questions. The citizens know where the taxes they pay are being spent. However, we cannot say that this system is entirely in place yet.“

In declarations to alternative media, Graeber described that in addition to the sector of collectives and cooperatives, “There is an ‘open economy’ sector that includes the existing bazaar economy, which, however, is now under the authority of the local communes that intervene by imposing maximum prices on anything considered essential.”

The English anthropologist declared that, “Some local capitalists do exist and have not been expropriated: some are even part of the ‘self-organised government’”. According to Graeber, the explanation for this situation is that, “The revolution has the objective of ‘changing the ground on which they operated’─changing the form in which the economy functioned as a whole. Another aim was to change the structure of political power, so as to make it impossible to translate the economic advantage into political influence, and, ultimately, prevent people operating like capitalists in the long term.”

As a last remark, Yousef asserted that, “Private capital is not forbidden, but it is made to suit our ideas and system. We are developing a system around cooperatives and communes. However, this does not prove that we are against private capital. They will complete each other. We believe that when the cooperative system is developed, moral private capital can be added in certain parts of the economy. The society of Rojava will be made better in this way and taken away from the liberal system. In the liberal system, the big fish swallows the small fish and there is no morality. In our canton, a Commerce and Industry Organization was founded and has 7,000 members. Here there is only one thing that is forbidden and that is finance capital.”