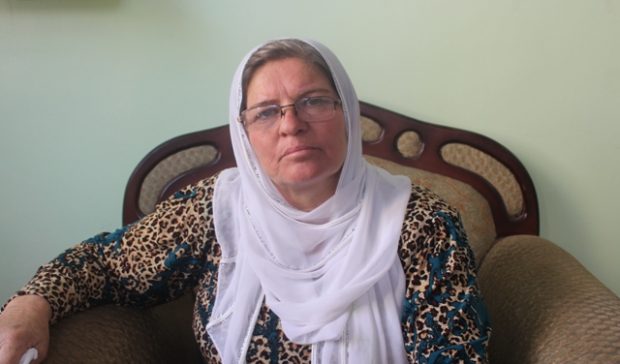 Since the start of the formation of communes in Rojava – North Syria, the people of the region have worked to develop and put this experiment into action. The systems of communes led to the development of agriculture, and the cooperatives were formed from the communes in Tirbespiye, which contributed to improving the economic reality.

The establishment of economic and agricultural cooperatives helped serve a large segment of society. They oppose individual benefit and decisions made by only one person. The people of the region saw in the cooperatives, which were made by the communes, an appropriate way to develop self-reliance, and provide for themselves.

Women played a prominent role in establishing communes. Each commune includes a number of committees, including the Economic Committee, which establishes and develops projects.

Three cooperatives in Tirbespi that belong to the women communes

The women’s communes established three cooperatives, aiming to reach and unite all the women in the society, solving their problems and allowing them to express themselves. The cooperatives include Kurdish, Arabic and Assyrian people. The cooperatives are planting wheat and coriander, and the surplus gets distributed among the participants in the cooperatives, according to their shares.

Xurma Ali, an administrator in the cooperatives of women’s communes, said that the aim of these cooperatives is not only financial, but also to organise women, develop their own special economy, regain their confidence and confirm their ability to work. Xurma stressed that the formation of communes achieved great success, and raised many women from a state of despair and marginalisation into organisation and development. The members of the communes in Tirbespi formed three cooperatives and now there are 64 women involved. The cooperatives are planting 200 hectares of agricultural land. The cooperatives were very productive, which was evidence of the success of the experiment.

Xurma said that they want to involve women actively in the elections of communes that will be held on 22 September, and for women to contribute to the development of the experiment and achieve more.

Reber Ausi, Co-Chair of the Commune of Shehid Riwan, said that a lot of success has been achieved in all fields, especially in economics. He also said, “We formed special cooperatives to develop our own economy and secure the needs of the people by establishing communes, and participation in them has been increasing ever since.”

Reber expressed his hopes to develop the experiment of communes and cooperative societies with the application of the federal system and holding of elections for co-chairs of the communes.