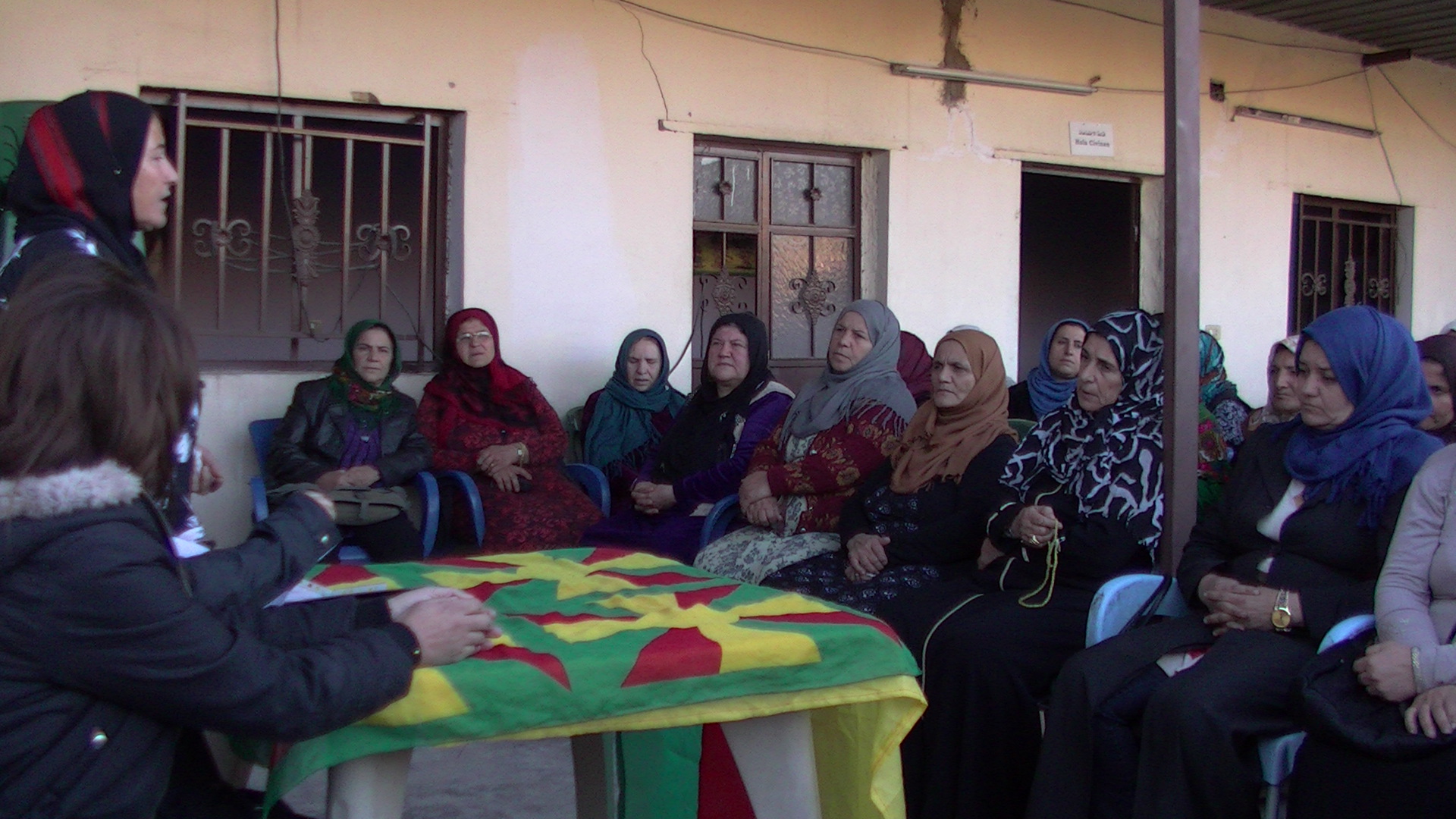 The Centre for Women’s Economy held a meeting for the communes and women’s bodies in its headquarters in West Street in the city of Qamishlo, to start work on the agricultural cooperative project that was scheduled a month ago. The meeting was attended by members of local councils, communes and women’s bodies. Some of the rules and conditions set for the agricultural cooperatives were:

During the meeting, 100 Members were selected for the agricultural cooperative, and the price for

a share was set at 50,000 SYP. The project is only for the Qamishlo area. 1,900 dunams [decares] of land was dedicated for the project in Himo village in Qamishlo, and 220 dunams in Turba Sabiya.

The Centre for Women’s Economy is going to pay the costs of shares for 10-15 members who are unable to pay due to their financial situation, thus giving them a percentage of the profits as a humanitarian gesture towards poorer families.