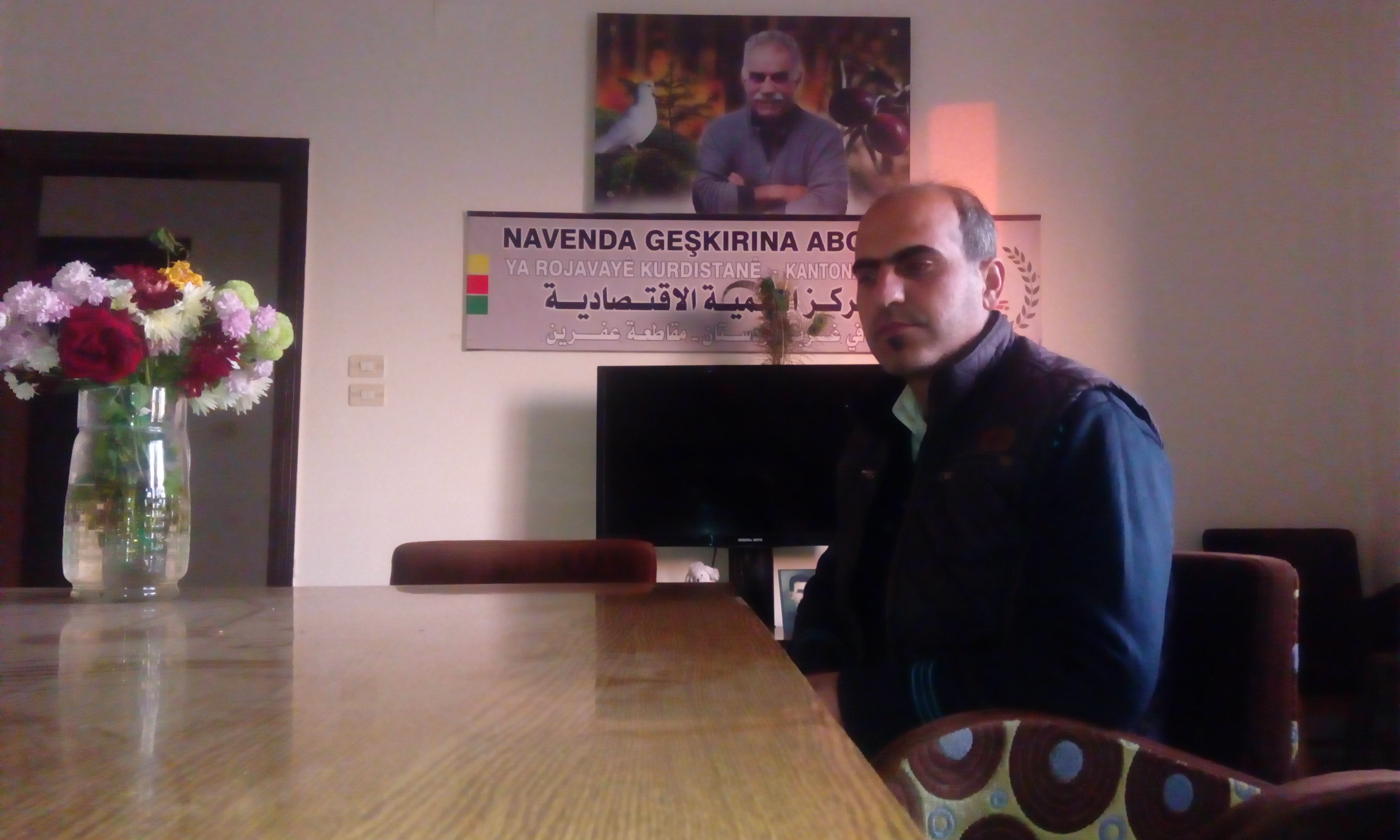 The Centre for Economic Development is a non-governmental organisation that works to develop the local economy through the social sectors, and to support small and medium enterprises in order to improve people’s living conditions, especially the poor and middle classes. The centre believes that this goal cannot be achieved without supporting the cooperative societies in various fields.

The economic concept of the democratic nation adopted by The Democratic Self Administration of Rojava (DSA) relies on activating the role of cooperative societies in various fields of life, and linking the economy directly with people, not allowing it to be monopolised by the very few, or by an authority controlling the society. Thus, the democratic nation aims to develop the economy through small and medium projects that benefit the general public, while working to reduce unemployment and to achieve economic integration and diversity in the fields of agriculture, industry and other areas of investment, in a way that also ensures protection of the environment.

A modest beginning and a lot of ambition

The Centre for Economic Development in Rojava began its journey from this perspective, and over the past four years it has achieved some success in initiating and carrying out vital projects, especially in the Cizîrê‎ Canton [Cezîre / Jazira Canton]. Here in Afrîn [Afrin / Efrîn‎], the Centre began its operations very poorly at the beginning of 2013, because of the blockade imposed on the canton and the lack of financial capabilities. But a year after its inception, the movement became financially ready to put economic ideas and projects into action.

The projects of the centre are: a fodder factory, which is currently underway; Chenkal compound, a commercial complex which was launched at the beginning of 2016, and a greenhouse project, which stopped after two years of operation due to inappropriate environmental circumstances. Some of these projects are accomplished and others are currently being expanded.

The economy conference sought to build a free society economy

The strategic change in the work of the Centre for Economic Development in the Afrîn canton came after the first economic conference in Afrîn, followed by the general conference about Rojava. This recognised the need to activate the work of the economic committees in the communes, and to activate and support the role of cooperatives, because of their benefit to the society. This is done through diversifying economic resources, by supporting the community economy and encouraging cooperative societies in all fields.

The start of cooperative societies in Afrîn

Ms Brevan Hussein, co-president of the Centre for Economic Development in the Afrîn canton, says to our newspaper that they have actively sought to explain the new economic concepts that need the work of all segments of society, to build the national economy, and push the economic growth. With this they aim, through cooperative societies, to let the community manage itself and achieve self-sufficiency in the canton.

After the relentless efforts of the centre’s administration, several small projects have begun. One of them was growing lettuce on a piece of land near Cindarisa [Jandairis / Jandires / Jandarus]  under the supervision of the centre. The Agricultural Engineer and Supervisor Rezan Qosho says, “The centre gave the land and the machines for the commune of the village; it also supervised the growing of lettuce. The dividends are going to be distributed through the system of shares. The centre divided the cost of the whole project into 2,500 shares. A participant can buy shares according to their financial means, without limit. Six people have participated in these projects in addition to the centre, and they were from the commune of Cindarisa. The dividends are going to be distributed according to the rate of their shares.”

The centre also started a mushroom farm for the commune of the Shara district, with the participation of 15 people, under the supervision of the the centre. The dividends will be distributed to the shareholders; the centre will only be an assistant.

The Centre started other projects as well. In the meetings held by the workers in the centres of the communes of the villages and districts, the organisers of the centre are trying to encourage the economic committees of the communes to submit their special projects that try to satisfy the needs of their villages and benefit the families that participated economically. With this, cooperative societies are created, and the ideas of these cooperatives and their mechanism spreads.

These steps are to activate the role of cooperatives in the development of the economy and to reduce unemployment and poverty in the canton. Vegetables and legumes have been planted, such as eggplant, cucumber, pumpkin, mulukhiyah, courgette, tomatoes, beans, pepper, okra and sunflower. The cost was 350,000 SYP. Ten people participated in this work, five women and five men. The dividends were distributed to the participants.

The centre is also working to support a cooperative that has six people in the area of Bulbul by offering a piece of land and agricultural expertise to plant winter vegetables, like onions and legumes. The profits will go back to the participants in the agricultural cooperative society.

The Centre for Agricultural Development has several similar activities, and we will talk in the subsequent issues in detail about some of the integrated projects that the centre is preparing in the near future, one of these projects is a cow barn and a mushroom farm.