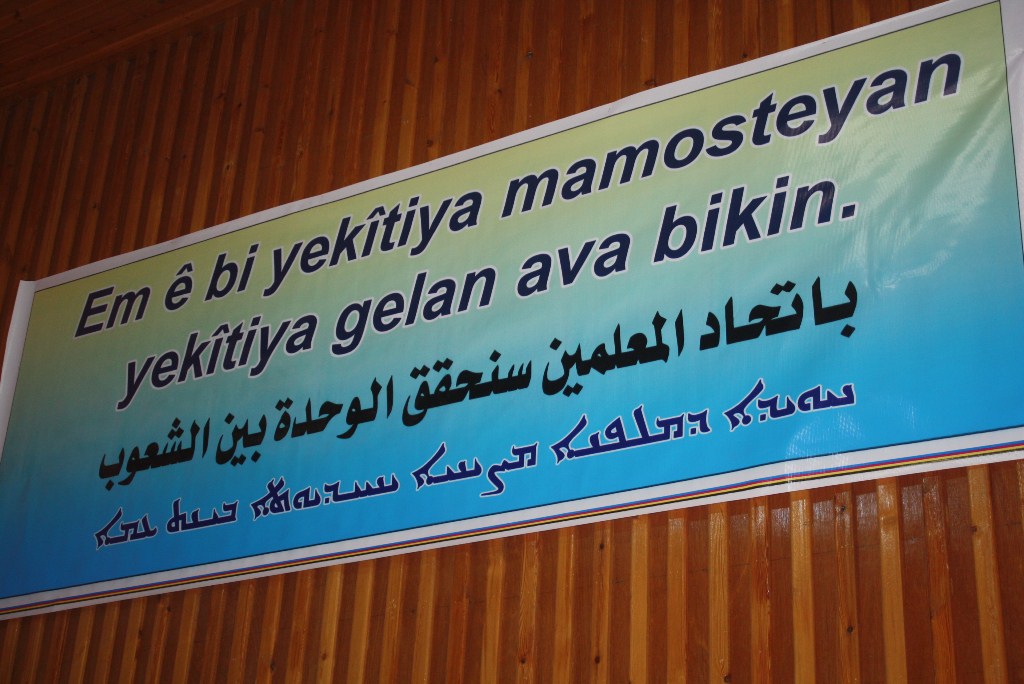 The conference was held in the Faculty of Agricultural Engineering in Rojava University under the banner, “With the Teachers’ Union we will achieve unity among the peoples.”

The lecture hall was decorated with pictures of the Kurdish leader Abdullah Ocalan and other pictures of notable figures in the struggle. There were also many banners written in Kurdish, Arabic and Assyrian languages.

350 members of the Teachers Union were among the attendees of the conference, and also Co-chair of the Education Council in Jazira, Samira Haj Ali.