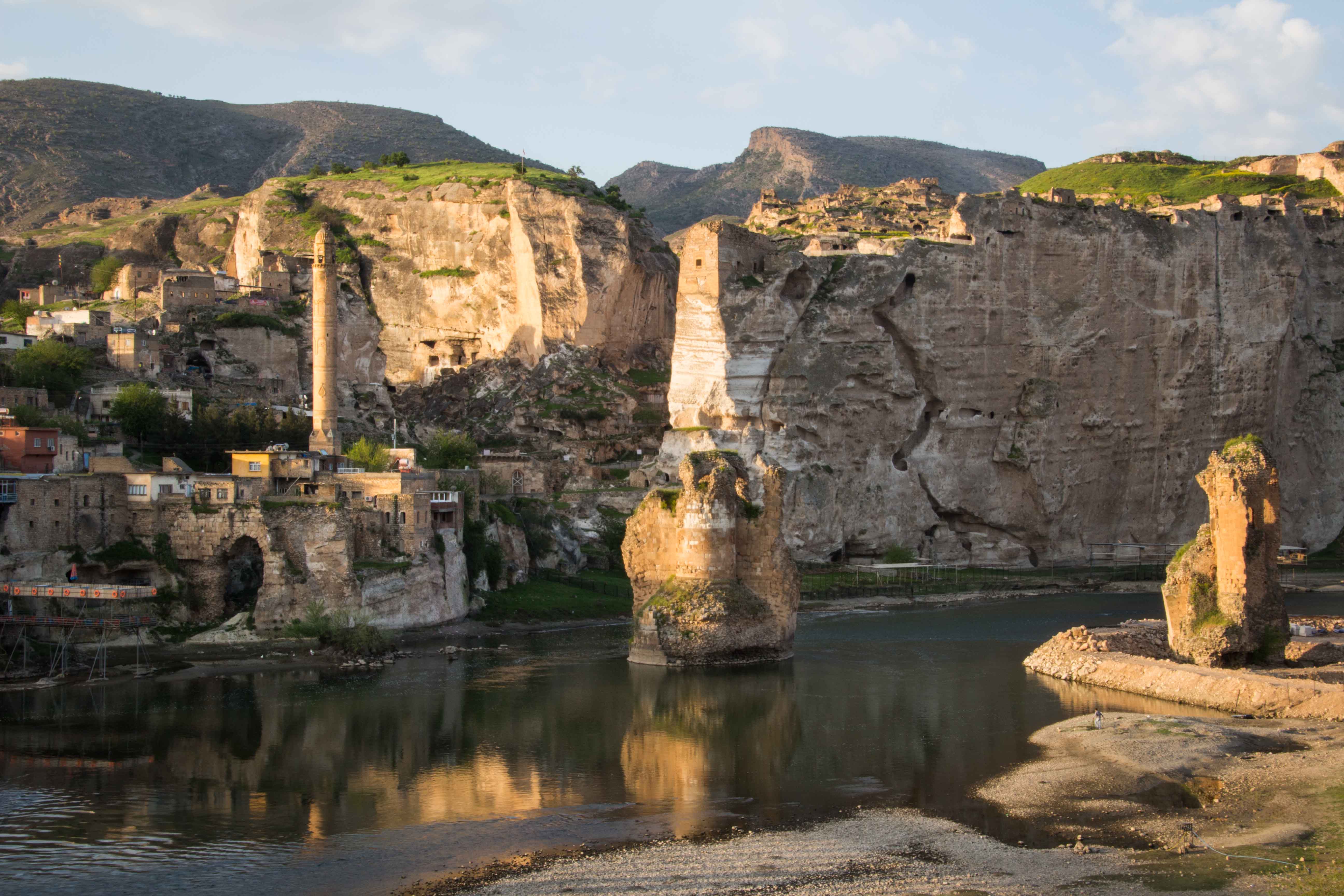 Spring in Hasankeyf is typically a joyful time of new growth – of flowers blooming in the canyons and gardens, of young lambs and kids tottering about on unsteady legs, of wild herbs ripe for the picking and cooking. This year, though, the feeling is more of endings than beginnings as pressure mounts on Hasankeyf shopkeepers to vacate the historic bazaar and work continues apace to cover the cliff face of the citadel mount and create access roads for the relocation of monuments.

But it is still not too late to save Hasankeyf.

“Hasankeyf and Sûr are two historical sites inhabited by people continuously for thousands of years at the Tigris River in Upper Mesopotamia,” the organizers write. “The two places have also become symbols of resistance against ecological and social destruction by large investment projects.”The Initiative to Keep Hasankeyf Alive and the Mesopotamia Ecology Movement have called for 28 April 2018 to be a Global Action Day for Hasankeyf and Sûr, the historic center of Diyarbakır (Amed in Kurdish), which has also sustained serious damage to its cultural heritage.

You can join that resistance by organizing creative solidarity actions in your own towns and cities on Saturday, 28 April 2018, to raise awareness about what is going on in Hasankeyf and Sûr, and to urge governments, companies, banks, and international organizations like the UN to either cease their involvement with the destructive projects in both places or speak out against them.

With public pressure from individuals and civil-society organizations, the Action Day organizers write, “the defense of these two sites is still possible and may give hope against further cultural, social, and ecological destruction and strengthen the perspective for peace.”

For more information about the Global Action Day, contact The Initiative to Keep Hasankeyf Alive.