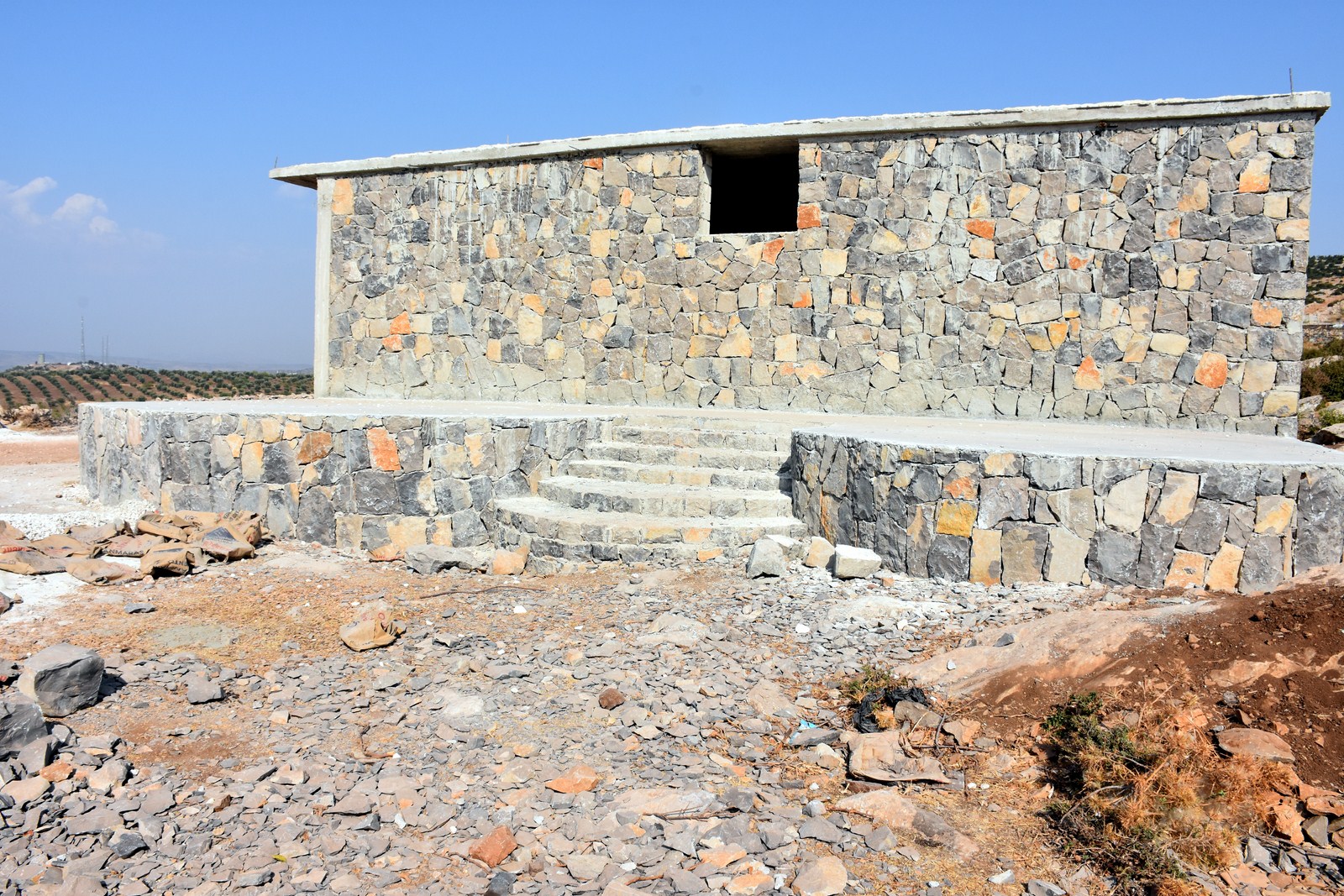 Starting with the principle of communal life and participation, the people of Shengaliyah in the area of Rajo, in Afrin Canton [Kantona Efrînê‎ / Afrîn], have started preparing to open a hall for celebration parties and funeral ceremonies.

One of the people of the village donated a piece of land with an area of 3,000 square meters, which is worth 18 million SYP [Syrian Pounds], and another citizen donated the money to build a room to store equipment needed for the hall. Many other people contributed with their work to get the hall ready.

The municipality of Midana has also participated in the project, and started building a stage for the hall.

Nihad Mahmud, The co-chair of Shehid Safqan Commune, said, “We needed a hall for our celebrations and ceremonies, and the people of the village started cooperating to build it, because the other halls are far and it is expensive get there.” And about the costs of the project, he said, “The hall and the room cost about 20 million SYP, and the important thing is that the people of the village are participating in this cooperative project, and the communal spirit still exists in us.”