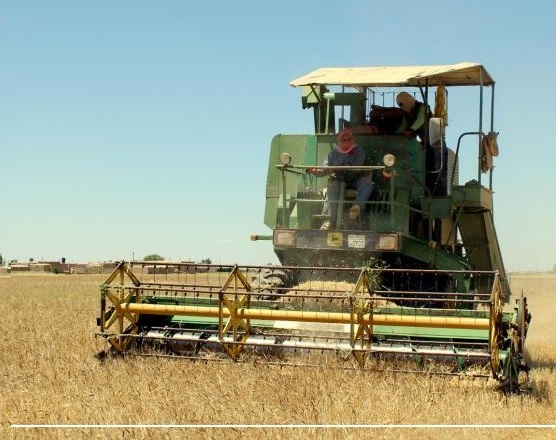 The members of the Shehîd Hamo Agricultural Co-operative in Tal Hames started harvesting their barley crops. This co-operative provides additional income to 27 families.

The co-operative started planting barley on 535 dunams [decares] of agricultural land. The Institution for Agricultural Development in Tirbespiye [Tirbespî / Al-Qahtaniyah] contributed by securing the seeds for the co-operative.

The members of the co-operative started harvesting the barley crops, and the dividends will be distributed equally among the participants.

Muhamed Ali, a supervisor in the co-operative, says that the produce will be abundant, and noted that this co-operative will also provide income to 27 low-income families.