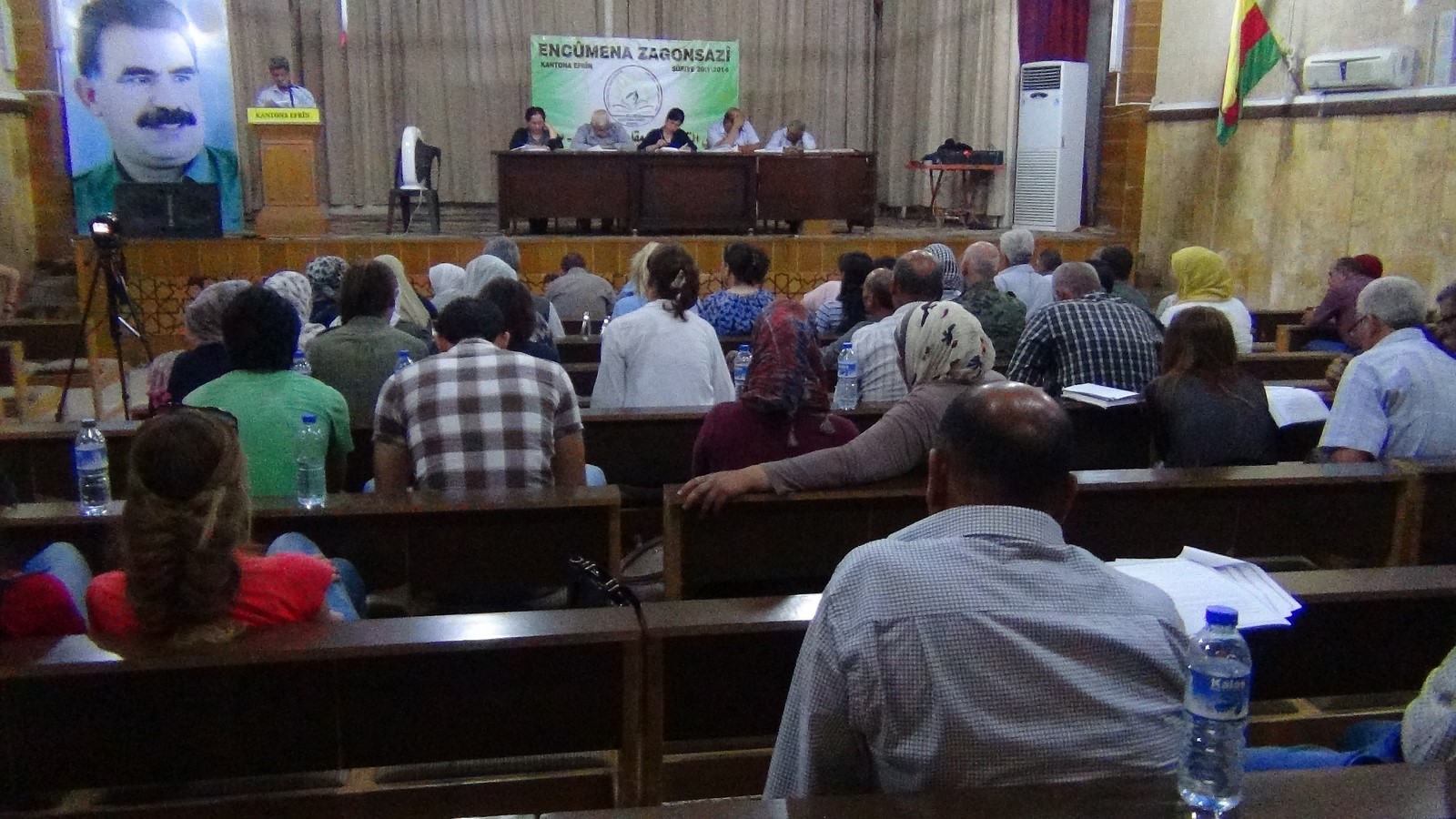 The Executive Council in Afrin [Afrîn / Efrîn‎] has put forward future plans in its annual report, which was presented to the Legislative Assembly during a meeting. The plans are related to society and the obstacles that the region has been facing for a year.

The meeting was held in Afrin, and it was attended by Hevi Mustafa and Osman Shaik Issa, the co-chairs of the Executive Council in Afrin, and members of the Legislative Assembly and presidents of Councils. According to the Internal System of the Legislative Assembly and Article 53 of the Charter of the Social Contract, the council should present an annual report that lists what the bodies have done during the year, criticisms and self criticisms, and future plans.

The meeting started with a minute of silence, then Mushirah Mullah Rashid, a member of the Legislative Assembly, read a brief of the last meeting. Then council co-chair Osman Shake Issa and Body of Foreign Relations president Suleyman Ja’far started reading the report.

The report described the political situation in the Middle East, especially in Syria; the development and changes of events; the local situation of Afrin Canton and the attacks on the region by Turkey and it’s mercenaries, in addition to the victories achieved by The YPG/J.

Discussions followed the readings, during which committees were formed to fight corruption, and decisions were made to increase attention to the education system in all areas of the region, raise awareness among the people of the region to stop child labour, and other activities and projects for women.

The meeting was concluded by deciding the next meeting, to be held on 22 September.