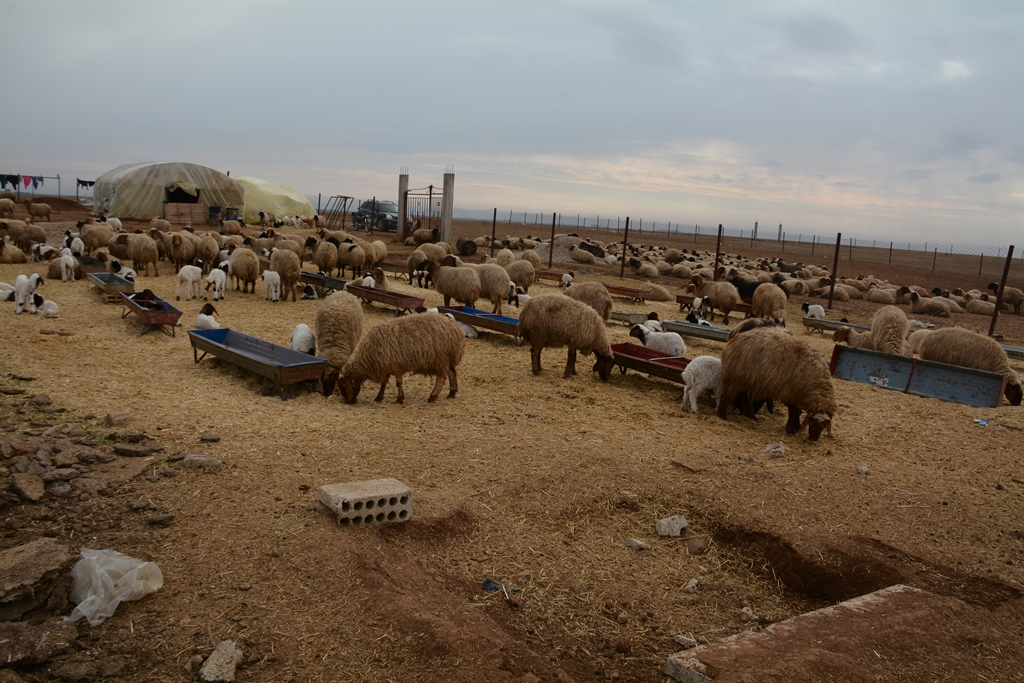 Qamişlo – Participation increases to 1,500 members in a livestock cooperative formed by the Qamishlo People’s Assembly.

The Qamishlo People’s assembly formed the livestock cooperative in October 2016, and membership registration has been open ever since.

The Council has allocated a large farm for breeding cattle in Naqara village, about 12km from the city of Qamishlo, and hired observers to oversee the farm and take care of the livestock there. It has also appointed a health supervisor to look after the sheep.

The cooperative was formed because of the lack of dairy products in the region and the great need for it by the people of the city of Qamishlo. The price of a share is 25,000 SYP. and the cooperative has 1,500 members so far.

The farm has 400 heads of sheep, and they are being supervised by a family of five, three of whom are women. The family and the health supervisor are taking care of the sheep.

Hasan Ibrahim, co-chair of the Qamishlo People’s Assembly and general supervisor of the cooperative, said that they founded the project in early October 2016, and registration is still open for those wishing to take part. Hasan confirmed that the cooperative is working successfully, the livestock are doing well, and milk is being produced and sold in the city markets.

Mr Ibrahim pointed out that the assembly is considered the first of its kind in the city of Qamishlo. The initiative came about as a result of the high dairy prices in the region. The assembly will do its best to provide milk and dairy products with lower prices in the markets.

Forming a committee to monitor the cooperative

Qamishlo People’s Assembly formed a committee of three people to monitor the cooperative, check the sheep on a daily basis, supply fodder and provide appropriate shelter for them.

Sherko Sheiky the health supervisor says he checks the livestock every week to check whether they need medication or are suffering from any diseases, especially during pregnancy in the winter.