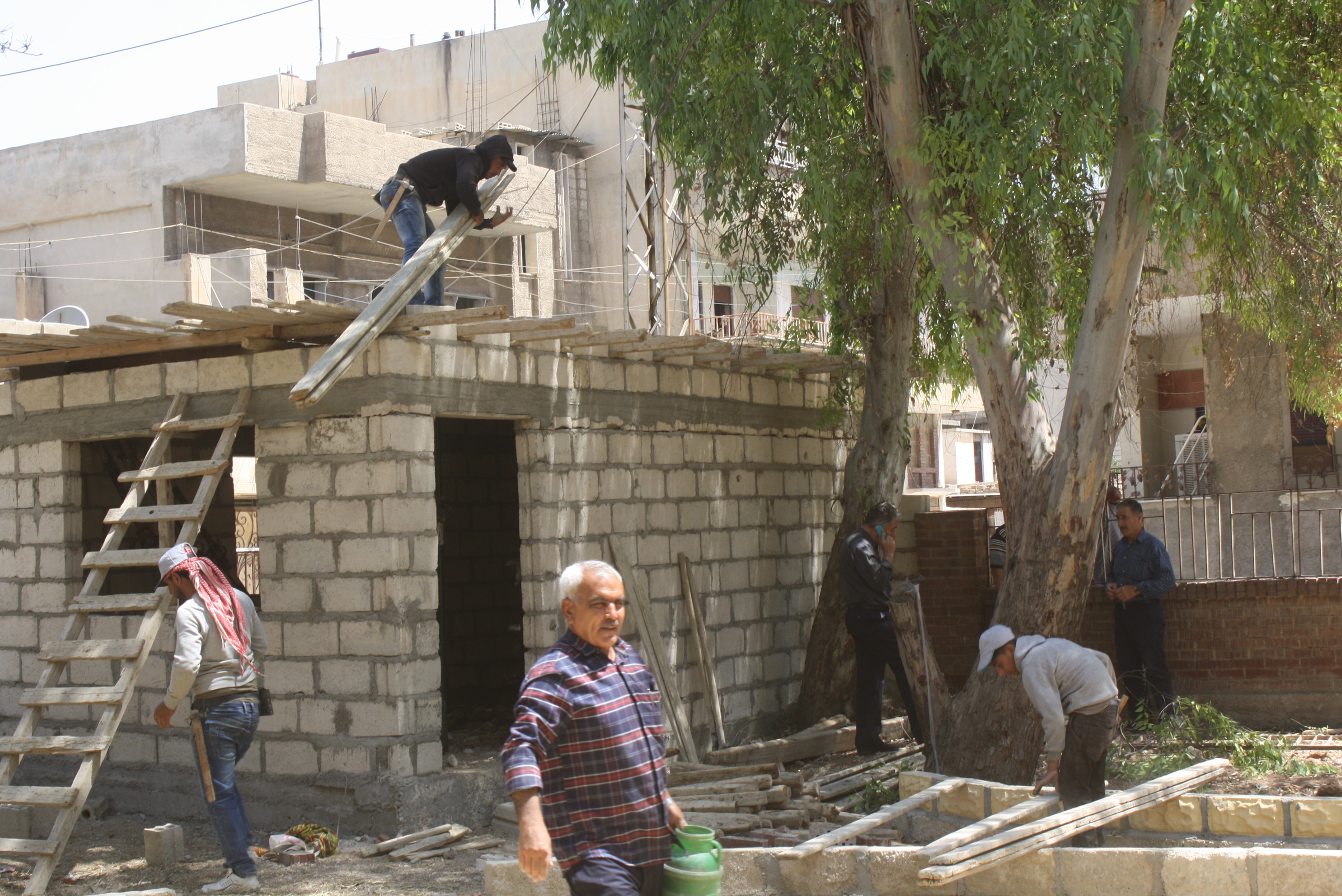 The Environmental Office in the Municipality of East Qamishlo [Qamişlo / Qamishli / Al-Qamishli] is working to renovate Shehid Warshin Park, and invest in it as a co-operative society for the people in the commune of Shehid Farhan, in the Ashuriyah district.

Shehid Warshin is lacking services and people have to go very far if they want to go to a park. With the renovation of this park, children will be able to play in their own neighbourhood.

Khansa Ahmed, an administrator in the Environmental Office, said that this park will strengthen family ties and community life, benefit society, and will also provide a place for the children of the neighbourhood to play somewhere close to their houses. Khansa said that they have been working for twenty days in the park, and the people started signing up very quickly to become members of the co-operative, which is very unique for the region. She also hoped that this co-operative will become the first in a series of co-operatives of same kind.