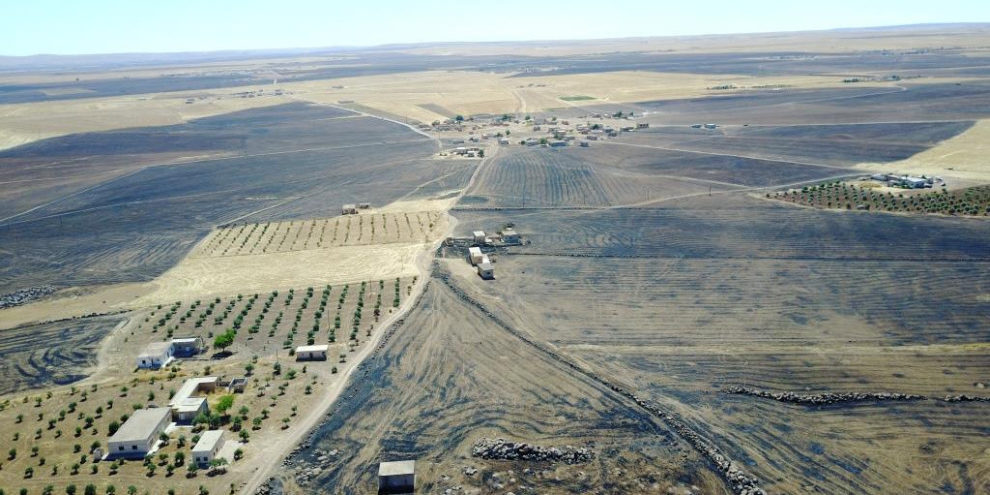 Thousands of decares of cultivated lands have been burned down by the Turkish state and their allied gangs in the last two months in the Kobane Canton. The vile attack against nature was documented by ANHA’s aerial photos.

Failing to tear down the democratic project in Northern and Eastern Syria with the gang groups they nurtured, the Turkish state launched an economic war in setting fire to cultivated lands as the harvest season rolled in. Turkish soldiers along the border line and their allied gang groups set fires in hundreds of hectares of cultivated lands in May and June in various areas of Northern and Eastern Syria.

ANHA photographed the aftermath of the fires in Kobane. The aerial photos show the extent of the Turkish state’s attacks against nature. Some small lands can be seen saved from the fires, and there are homes that the flames reached.