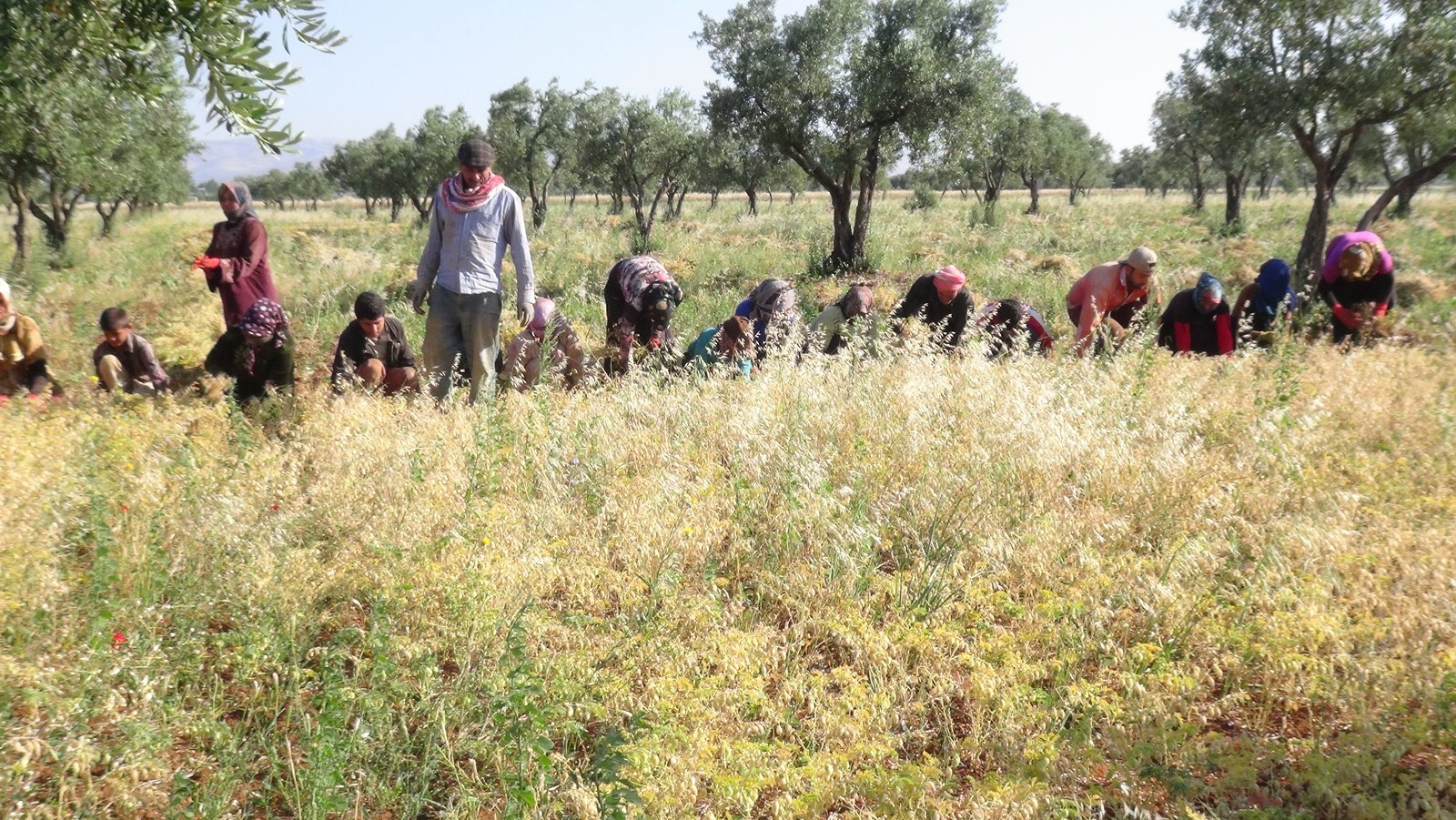 Thirty-five participants in an agricultural project managed by The Centre for Economic Development started harvesting what they had planted 3 moths ago.

The people in Jandairis [Jindires / Cindarisa / Cindirêsê] have opened four agricultural projects under the direction of the Centre for Economic Development in the canton.

The projects included a project to plant 10 hectares of chickpeas in Hjilar village, two projects to plant 4 hectares of sunflower in Hjilar and 2 hectares in Tal Hemo. The fourth project is to plant 8 dunams [decares] of various kinds of summer vegetables in the village of Mahmudiyah.

35 people participated in the project of planting chickpeas, each with 50,000 SYP [Syrian Pounds] and they planted on 10 hectares of agricultural land, and took care of the plantations until the harvest season.

Today, the participants headed to the plantations and started harvesting together.

Feruz Ahmed, a participant in the project, said that they will cooperate together to harvest the crops, and he confirmed that the spirit of participation and cooperation is definitely present in the atmosphere at work.

The dividends will be distributed equally to the participants in the project.

Muhammed Aref, an administrator in the committee of agriculture in the Centre for Economic Development in Jandairis, said that these kinds of participatory and co-operative projects help develop the economy and improve the living standards of the people in the region.

It’s worth noting that the culture of co-operation and participatory work has been increasing and spreading in Rojava, and now there are many diverse participatory projects in the region.