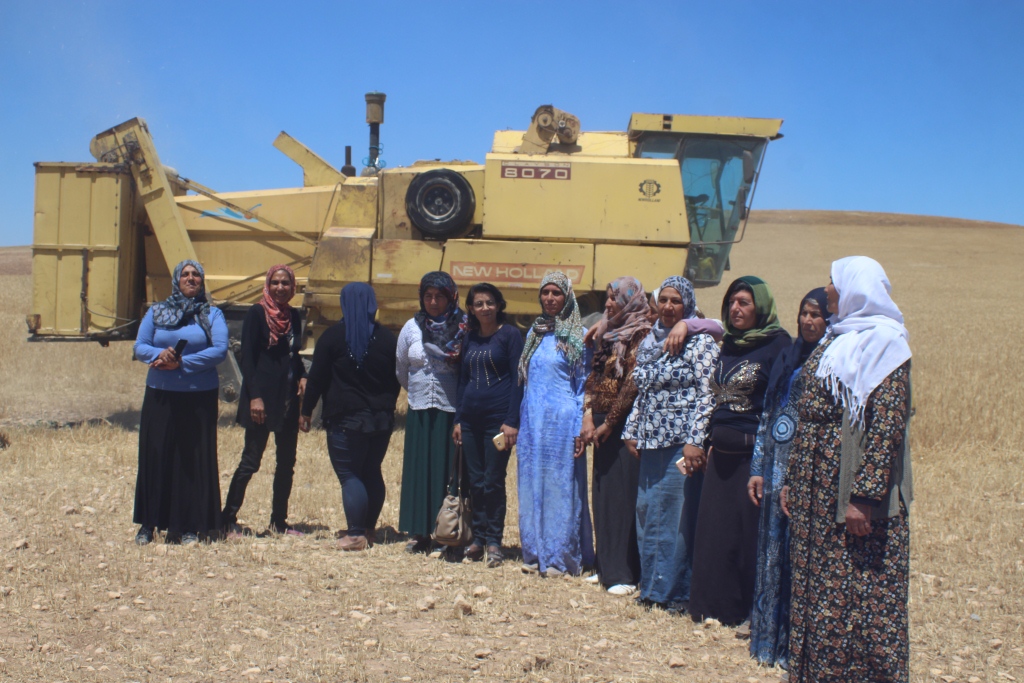 Members of The Participating Woman’s Cooperative Society in Kobanî Canton [Kantona Kobaniyê] have begun harvesting the crops of wheat and barley that they planted at the start of last winter.

Many of the members of Kongreya Star, The Movement for A Democratic Society [TEV DEM] and other women from Kobani have gathered in the village of Kasbishek, to the west of the city of Kobanî [Kobanê / Ayn al-Arab], to harvest the crops of wheat and barley that they planted with the Participating Woman’s Cooperative.