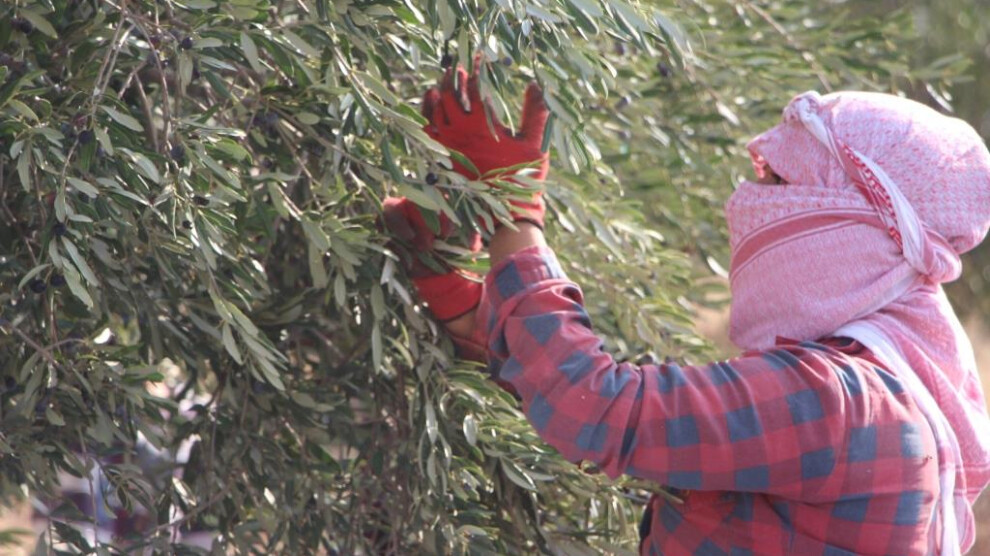 After the first rains of autumn, olive harvest started in Kobanê and Manbij. While this year’s crop of olive is limited for the producers from Kobanê, it is productive in Manbij.

Olive producers start harvesting with the first rains of autumn at this time of the year. The first harvest in Northern and Eastern Syria was made in Kobanê and Manbij.

In Kobanê, where olive production has increased since 2002, the increase in the price of Aleppo pistachio saplings and climatic conditions have led farmers to olive cultivation. There are many olive trees in the city’s western and southern villages.

Zeynep Ehmed, who produces olives from 90 trees in the village of Qere Mezre, said that this year’s crop is lower than last year.

A producer, Ehmed Mihemed Daban said, “I have 150 trees. This year, we have a lower yield compared to last year due to the high temperatures in the summer months. We keep the olives and olive oil we produce as winter supplies rather than selling them. Because the olive oil we produce is better than the ones in the market.”

Şemsa Ali from the village of Ebroş village said that they transform the olives they produce into oil in the factories and store them for winter.

The farmers from Manbij have also started the harvest after the rains.

Alaeddin Salih, one of the farmers, stated that they started to market their first crops. Salih, who has olive trees planted on an area of approximately 12 hectares, said that the crop he received this year is better than last year.