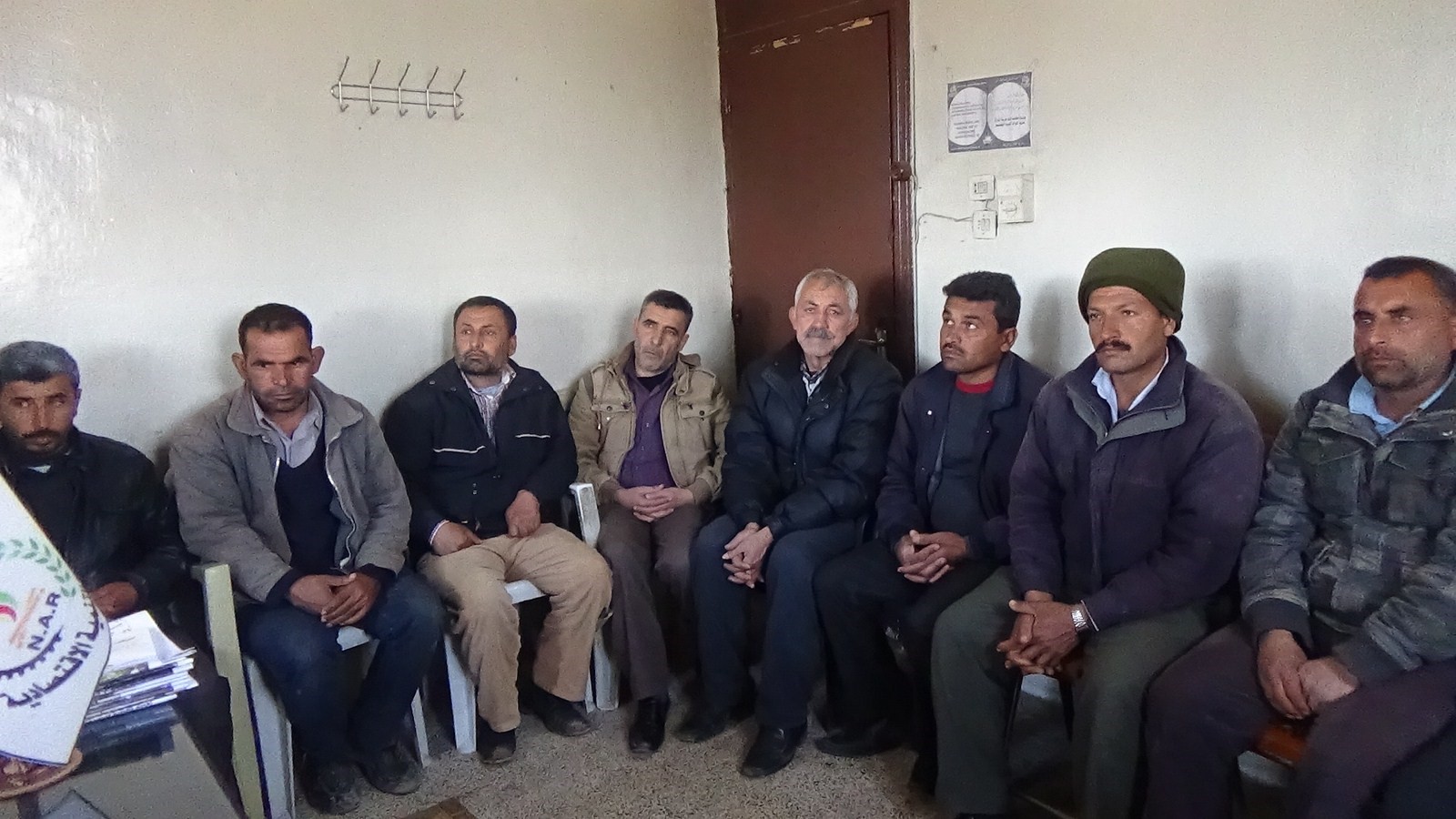 The Centre for Economic Development in Jandairis [Jindires / Cindarisa / Cindirêsê] has launched its fourth economic project in the area, after the project of planting vegetables in the village of Muhammadia.

The Centre for Economic Development in Jandairis had a meeting in its headquarters for the participants in the economic project.

The meeting started with a minute of silence, and then Kamal Abdullah, co-president of the Centre for Economic Development in Afrin, gave a speech, saying that, ”The project will be a cooperative society, that will restore the cooperative and collective spirit in society.”

Abdullah also spoke about the conditions for participating in the cooperative society.

The project will involve the planting of peppers and sunflowers on a piece of land with an area of four hectares, in the village of Hegilar in the Jandairis area.

Eight people have participated in the project and most of them are from the village of Hegilar. The price for a share is 65,000 SYP [Syrian Pounds]. The whole project will cost 500,000 SYP.

This will be the fourth project in the area, following previous ones involving the planting of peppers, aubergine and pumpkin on 8 dunams of land in the village of Muhammadia in the Jandairis area.