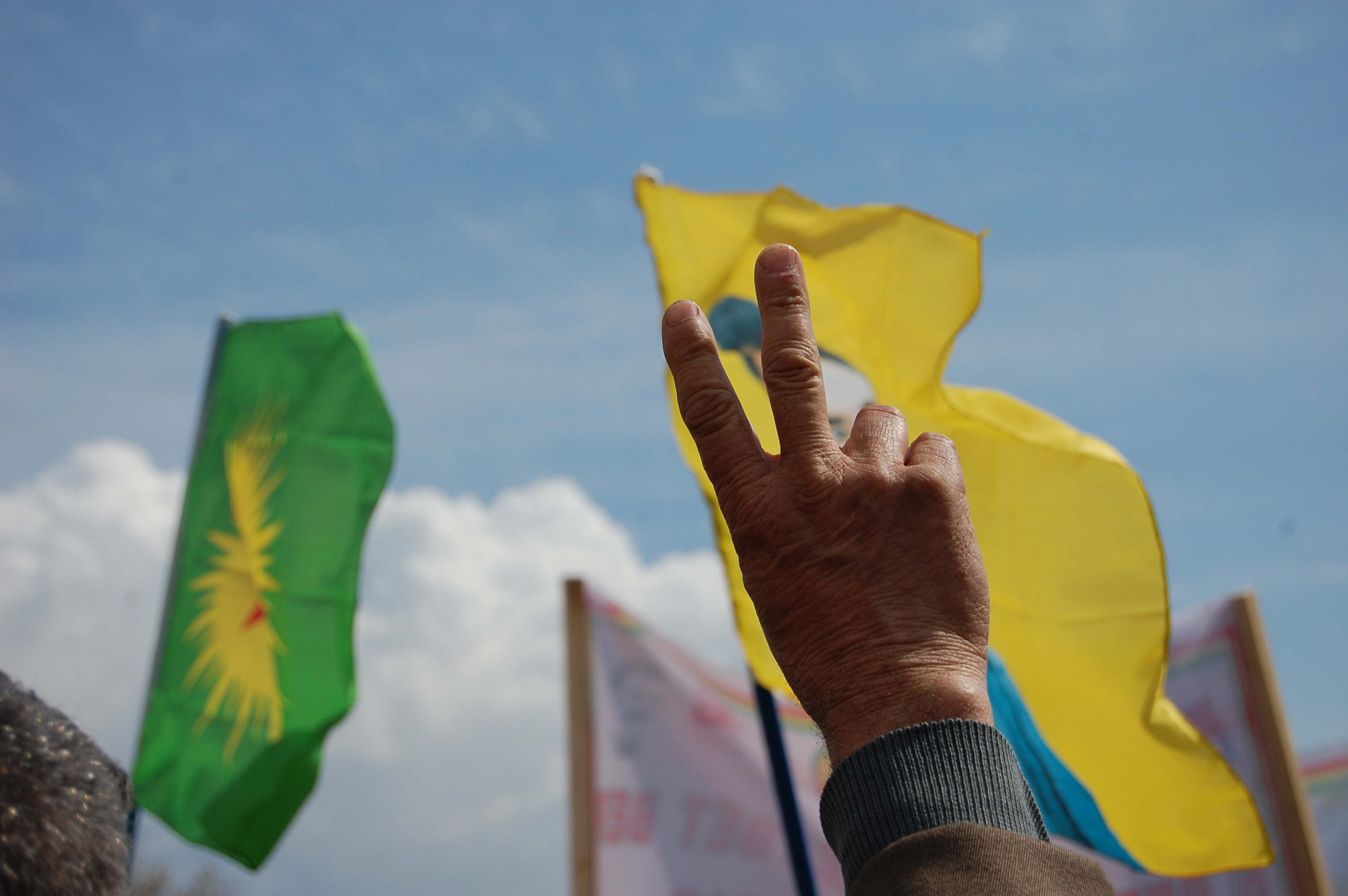 Taking inspiration from the writings on social and libertarian ecology by Murray Bookchin in the USA, as well as the experience of Zapatista villages in Mexico, the freedom movement of the Kurds has been supporting the creation of local democratic forums in all cities and villages of [North] Kurdistan since 2007.

Democratic Confederalism is a system of direct democracy where inhabitants of neighbourhoods of towns or villages can participate in decision making at the level that concerns them. Right now, they work in parallel to the state institutions in Turkey. “Democratic Confederalism” may one day be applied to the different parts of Kurdistan, which are now separate from each other in four different nation-states: Turkey, Iran, Iraq and Syria.

The concept of Democratic Confederalism has been put forward as a political and democratic alternative by the leader of the PKK guerilla (Kurdish independence movement [sic]), who is imprisoned for life. He denounced the former authoritarian and nationalist ways of his party and proposed an alternative way for the paramilitary organisation. Since then, the Kurdish movement considers it more important to have a democratic, tolerant society than to have their own nation-state.

The society they strive for must be built from the bottom up, by the communities of quarters of towns or villages. The Kurdish freedom movement’s goal is to enable people to take local decisions and ultimately, to give people direct autonomy in this way. The local government authorities work hand-in-hand with the movement, and put decisions into practice that were taken by the democratic forums. These structures have become stronger and stronger with time and are gaining respect as an alternative source of authority in Turkey. Activists of the Kurdish movement in North Kurdistan estimate that about half of the population is involved in the project of direct democracy.

Since 2010, one of the objectives of the movement for Democratic Confederalism has been the founding of so-called “freedom villages”. These villages place value on democracy, ecology and the equality of women and men. The material and economic basis of these villages are cooperatives. The villages aim to be as self-sufficient as possible.

In the province of Hakkari, on the border with Iraq and Iran, several villages have decided to put a cooperative type of economy in place. Near the city Weranshahr, a village of 70 homes has been founded as a “village of peace”. In the province of Wan, people have decided to build a women’s village, aiming to strengthen the role of women in society. Women who have been victims of domestic violence will be able to take refuge there.

Unfortunately, the Kurdish freedom movement is also subject to repression by the Turkish state. Still, the Kurdish movement represents a beacon of hope in a region destabilised by conflict. Democratic Confederalism could be an alternative model for all progressives in the Middle East. During the recent national elections of June 2015, the Democratic People’s Party, which is predominantly Kurdish, obtained 13% of votes in the whole country. With 79 MPs now taking their seats in the parliament in Istanbul [sic], it has acquired a strategic position in Turkish institutions.