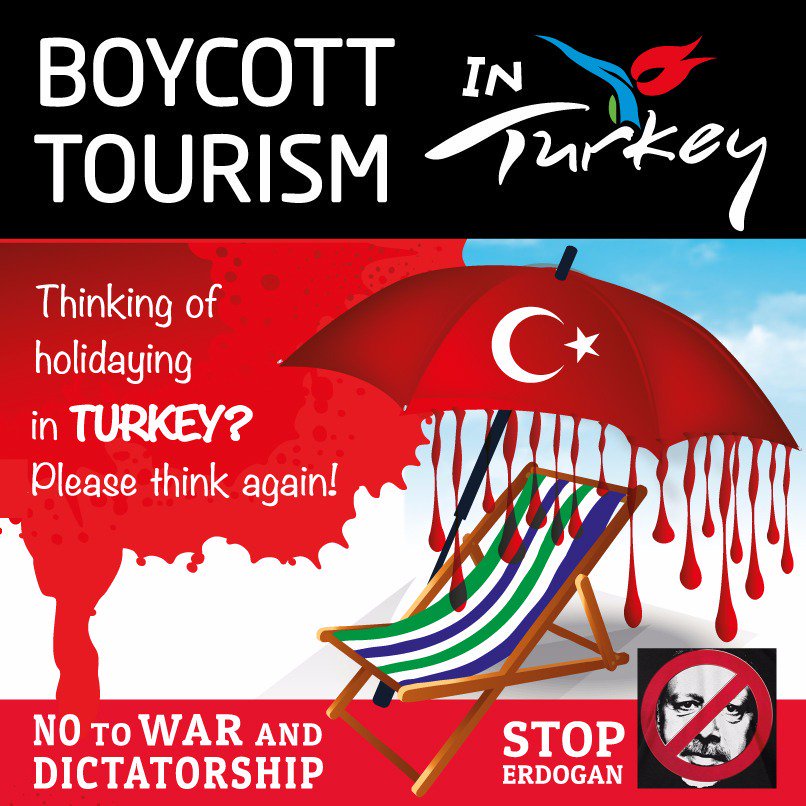 Kurdish campaigners have called for a boycott of tourism towards Turkey, citing a number of reasons as to why Turkey should not be visited, including growing autocracy, a lack of space for dissent, Turkey’s persecution of Kurds, its attacks on the free press, and its links with various jihadist groups in Syria.

“We are trying to open the doors of East Asian countries, including China, India, Japan, South Korea, Indonesia and Malaysia” Numan Kurtulmus, Tourism Minister of Turkey told DW at the ITB Berlin trade show, the biggest gathering tourist trade fair in the world. According to DW, international travel will get a rise of 5% this year.

Kurdish and exiled Turkish campaigners argue that supporting Turkey with tourism only encourages the government of Recep Tayyip Erdogan to steer further towards the path of autocracy.

“Erdogan has purged the ranks of the country’s government, judiciary and military, and Turkey has become the number one imprisoner of journalists worldwide.” a statement released by Kurdish campaigners reads, “Foreign visitors may not feel welcomed with open arms or at least will instantly see a change in attitude once they question the actions of Erdogan and Turkey — doing so can mean risking detention and deportation, or even jail time”, the statement continues.

Campaigners also hope to bring attention to the ways in which tourism helps fuel money to Jihadist groups, and helps facilitate the persecution of Kurds. In the particular case of Kurds living in Afrin, campaigners allege that tourism helps fuel both problems occurring at the same time, as various jihadist groups entered into Afrin with the support of Turkey, and had commited various atrocities throughout the campaign.

“Turkey hosts various jihadists groups within its borders and these groups maintain a presence in cities throughout Turkey. The Turkish military is openly and directly working alongside various jihadist groups in Syria to fight the Syrian Democratic Forces (SDF), a key local ally of the Global Coalition against ISIS.” they said.

In 2017, Turkey’s tourism revenues amounted to about $26 billion, a five-fold increase since diplomatic relations were restored with Russia after a rapprochement followed the downing of a Russian plane. As tourism from Russia lost, Turkey is estimated to have lost approximately $8 billion in revenue.