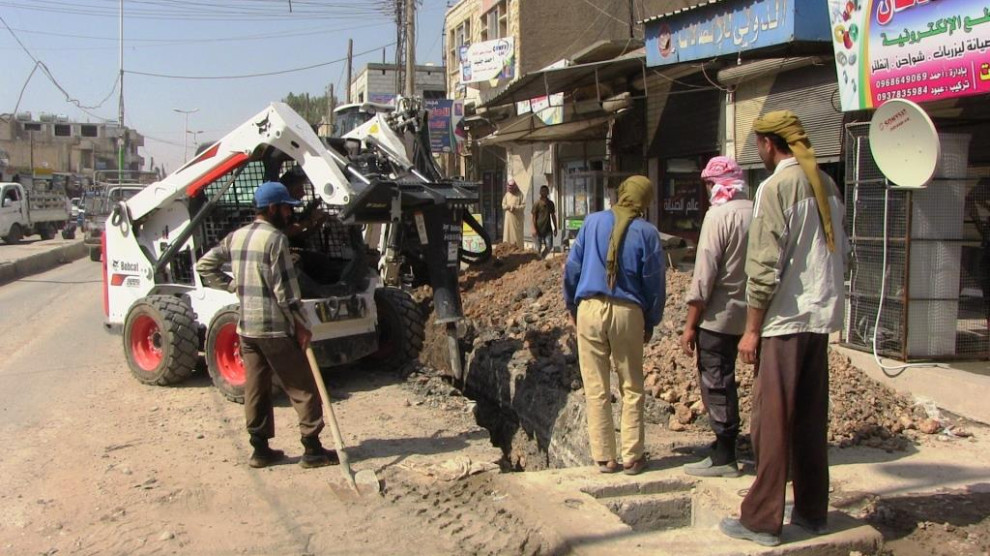 The People’s Municipality is repairing the water drainage systems and sewers of the Tabqa city bazaar on demand by the shopkeepers.

The infrastructure, water network and sewers rendered unusable by ISIS in Tabqa were repaired by the People’s Municipality in efforts that began last year and were completed 2 months ago.

The municipality is repairing the streets again after this year’s abundant rains formed puddles around the city bazaar. 400 meters of the 3 km pipeline have been completed in the infrastructure and sewer repairs.

Tabqa People’s Municipality Water and Sewage Officer Ehmed El Mehemed said the cleaning, repairs and renewals in the city’s rain drainage and sewer lines will be completed next week.