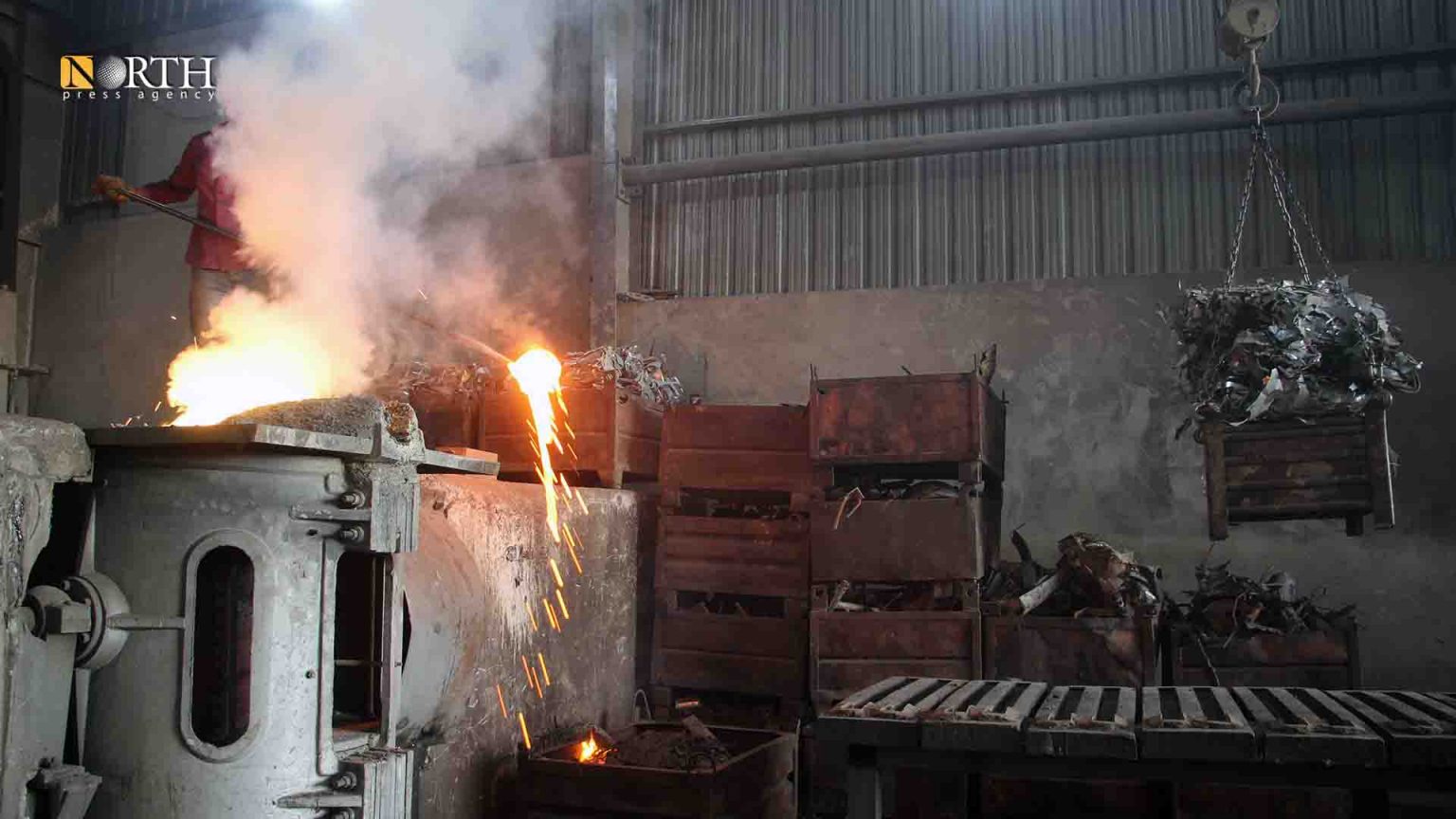 Industrial facilities in the city of Manbij, northern Syria, play an important role in covering the city’s needs and providing job opportunities for youth in light of lack of energy sources and closure of crossings to bring in raw materials.

Commercial traffic is active in Manbij, as it is the major path for transporting goods to other regions in north and east Syria.

Manbij is distinguished by its important strategic location, as it connects the Autonomous Administration held-areas with both the opposition and the Syrian government held-areas.

The number of industrial facilities registered in the Chamber of Commerce and Industry in Manbij reached 200.

These facilities include those for producing iron, batteries, bricks, hoses, food, and detergents.

Some of these factories suffer from a shortage of fuel and power as well as raw materials.

The Abdal al-Sham Iron factory and other industrial facilities in Manbij provide basic materials for the markets, and their surplus is exported to other regions in north and east Syria, as their prices are lower than goods imported from abroad.

One ton of European iron costs $650 in Manbij, while the iron produced by the Abdal al-Sham factory costs $550.

“We were able to break prices and produce iron that matches the European product in its specifications and price, in a record time,” said Muhammad Jum’a, owner of the Abdal al-Sham factory.

Jum’a added that he chose Manbij as a place to start his factory because of the of stability and security, adding, “There is a suitable environment for investment in Manbij.”

Jum’a noted that they suffer from the shortage of electricity for the factory, and they depend on private generators to run the machines.

Also, the factory suffers from the difficulty of securing raw materials used in the iron industry. “In most cases, the crossings are closed and we cannot secure them.”

In addition to building materials factories, Manbij is host to facilities for the production of some foodstuffs, such as sweets, chips, and thyme.

“My factory covers the market’s needs in Manbij, and more than half of the production is exported to the other regions of north and east Syria,” said Ibrahim Mustafa, owner of the al-Halabi industrial bakery.

There are about 1,500 workers in the factories of Manbij, according to the Manbij Workers Union.

Muhammad Haddad, the co-chair of the Chamber of Commerce and Industry in Manbij, said that they grant an industrial registry for the industrial facilities in Manbij and provide diesel for them at a subsidized price (SYP 75 per liter).

Regarding the problem of electricity, the difficulty in providing it to factories, Haddad said that they are working in coordination with the electricity company to solve the problem, without specifying how and how long it will take to be solved.

Al-Tayha crossing, in southwestern Manbij, connects the city with the Syrian government-held areas.