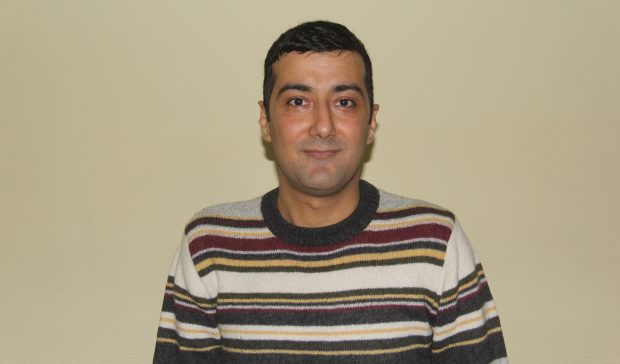 Economic expert Jelnak Omar says that the systematic Turkish attacks on Afrin [Efrîn‎ / Afrîn] are also intended to destroy the communal economy in the region.

Hawar News had an interview with Jelnal Omar to discuss the effects of the recent Turkish attacks on Afrin.

How would you describe the economic situation in Afrin since the announcement of the Self Administration?

Since the start of the Syrian crisis there has been a blockade of the whole region by extremist terrorist groups sponsored by Turkey. The reaction of the people was to come up with a sustainable economic system that is based on self-sufficiency. People have built a communal economy that relies on communes and co-operatives. The rural economy flourished in many areas and many economic fields. The people in the region have not only been able to secure their own resources and become self-reliant, but also they have improved the economy and achieved progress.

Why is Turkey’s invasion systematically targeting the economy of the region, what is the pupose of that?

The failure of the Turkish state to destroy the economy of the region through the blockade has led to the brutal attacks, and the purpose is to completely destroy the economic life that has grown in the region, which proved successful and survived the Syrian crisis for seven years.

In the case of the continuation of the Turkish aggression, how likely is it for the agricultural season to fail?

Afrin is an agricultural region, agriculture is what the region depends on, most people in Afrin work in agriculture, and it is their main income. Agriculture has been the first target of the Turkish state. Turkey has been cutting trees in the villages near the border, and burning many farms. So far almost 60% of farms have been damaged, and that affected many things, the farmers have been unable to work on their land. At this time of year many farmers need to go to their land to provide manure, but they can’t because of the ongoing shelling, especially near the border. This is so dangerous because many people’s lives depend on agriculture.

How is industry affected?

The region’s industry has been developing, with many factories, and the invasion led them to stop operating. Thousands of workers stopped working, many of them can’t go to work because of the constant shelling. The whole industrial foundation is being destroyed, that is worth millions of dollars. The means of production are being destroyed as well. There also have been reports of a lot of looting and vandalism by the Turkish-backed mercenaries.

What else has been affected by the Turkish invasion?

Livestock! a lot of killing and stealing have been reported. The villagers are not being able to graze the cattle because of shelling.

What is the message of Turkey in targeting the Medanki dam?

The Medanki dam is very important for Afrin, because it provides drinking water and irrigation. A big human catastrophe is imminent because drinking water could be cut off from about half a million people. Also there is the danger of the dam collapsing, which could submerge many villages and could cause floods. Nobody knows what the consequences of this could be.

Water purification plants have been targeted as well, a lot of diseases might spread if people don’t have access to clean drinking water.

How are people reacting in the second month of the “The Resistance of The Age”?

The solidarity among people has contributed a lot in reducing the damage. Common people and the Self Administration in Afrin have been managing the crisis. There has been many victories of the military forces and they are resisting the attacks.

The economic model has granted the Self Administration and many communities the skill to organise themselves even in times of war.

What are the effects on the market?

There hasn’t been large inflation or monopolisation, it has been exactly the opposite; prices dropped for bread and mazut [oil], and that made it a bit easier for people.

There isn’t any shortage of basic needs, even with the absence of aid organisations in the region.