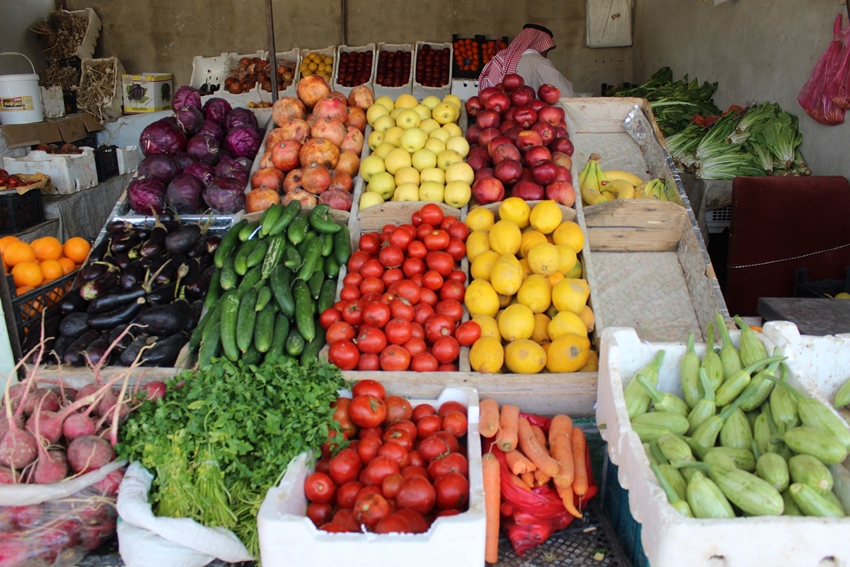 The municipality of the town of Al-Mansura in the eastern part of Tabqa [Tebqa / Al-Thawrah] has started a market project called Al-Rawda in the part of the town near the education centre.

The Technical Committee in the town presented this initiative four months ago, based on the principles of co-operation. Their aim was to regulate the market, which has become overcrowded since the liberation [from the Islamic State], with many stalls in the centre of the town and random sellers carrying their trolleys causing traffic jams.

The committee has a plan to counter the chaos that tends to form in these kinds of markets, which is to build 41 shops, each five metres long by 2.5 metres wide.

The committee intends to carry this out with the full participation of the community, so they invited many people to get together and discuss this issue. The committee counted the number of sellers, stalls and trolleys and explained to the sellers the purpose of this project, and also the costs, which are not more than 175,000 SYP [Syrian Pounds]. Every investor can have an investment agreement that costs 10,000 SYP per each shop.

Other local municipalities in Tabqa also want to start up similar projects to regulate and stabilise the market, and also to protect the humble sellers from bullying, as well as the general appearance of the area.