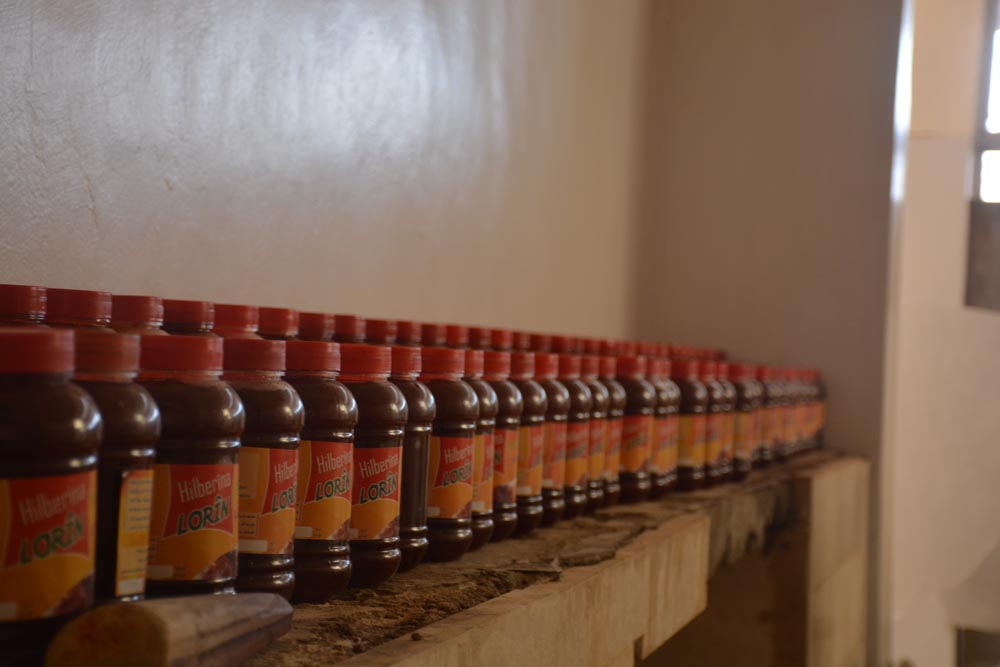 Hevgirtin Cooperative Society is working on the communal economy in Rojava in accordance with a master plan agreed by the founders of the cooperative and its members.

The cooperative is concerned with several aspects of economy (commercial, industrial, agricultural, livestock, cooperative societies, consumer organisations), and aims to build a regulated and democratic economic society. It also coordinates between the shareholders and the organising body of the coop, the communes and local councils. The work of the coop changes according to the general economic situation and the economic requirements of the citizens, whether they are commercial, industrial or agricultural.

Many cooperative societies have been formed in some neighbourhoods in Qamishlo like Al Antarya, Suez Canal, Al Bashiriya and the cooperative society in Karbawi village. Also there are some organisations that were opened by the communes exclusively to deal with Hevgirtin, where it gets the supplies through the coop on the condition that the buyer should adhere to the selling price approved by the coop.

Hevgirtin Cooperative Society has been appointed to run the administration of the communes and the commune cooperative societies economically. The number of the elected members in the local council was 450 members. Also, a council was made for each neighbourhood that consists of 16 members. Each council has two presidents who are administrators elected by the council. The number of shares are 4,000. In the beginning there were 2,165. The price of each share was 15,000 SYP and that was after the local councils were made and meetings were held that aimed to find these projects and make them better. The members and shareholders liked the proposals of the cooperative and that improved the projects a lot.

The role of women in the cooperative societies

The food company Lorain is considered one of the most successful projects of the cooperative. Many women work in the company, who make jams, dried vegetables and winter food like makdous and pickles. These women make the food supplies for the People’s Protection Units (YPG). Hevgirtin buys the products from Lorain and sells them to the cooperative societies who then sell them to the consumer at appropriate prices.

To get more information about the role that women play in the cooperative societies, we met Amina Abdullah, a member of the administration of the council of Lorain food company, who said, ”Our target is to accomplish self sufficiency. We all know that the siege on Rojava is causing us a lot of difficulties, high prices and shortages in the kind of food and products that we can produce by ourselves in our regions and lands. Therefore, we founded this company with the help of Hevgirtin, and we have 50 shares. The price of a share is 20,000 SYP, and there are six women employees.”

A project called Birvan was created to raise livestock. 193 sheep and 15 goats were bought and kept in a stable that was built in the village Hofa, that is part of Qamishlo. The price of a share in this project is 75,000 SYP. There have been discussions on whether Hevgirtin should participate in this project, which has a total of shares worth 8 million Syrian pounds, contributed by 20 members. The capital for this project was estimated at around 15 million SYP. Hevgirtin council participated with the price of 100 shares to carry out the project.

The obstacle that hinders the work of the cooperative is the closure of the Simalka and Mabroka border crossings, through which the needed supplies get to the region. Turkey has been imposing an economic blockade on Rojava since its political and military failure to subjugate the Kurdish people. Kaymaz said, ”We face some difficulties in appointing the members of the administration of the council. Most members reject holding a responsible administrative position, knowing that we have arranged a monthly salary of 35,000 SYP for every employee, and we always make sure to appoint the ones who are capable of carrying the burden and being trusted in keeping public money.”

The goal of cooperative societies

Rashad Kaymaz said, ”The goal of forming these cooperative societies is to break the black market and to make constructive projects that would raise the living standards of people and attain self sufficiency for the people of Rojava. We have been going through very harsh circumstances for five years, in the midst of the blockade from all sides, and as long as our region is agriculturally rich, we can produce by using our raw materials and not having to import them from outside. This would lead to lower prices in Rojava and improve the living standards of the people. Therefore, we need to form more cooperative societies everywhere to cover the needs of Rojava and go ahead with