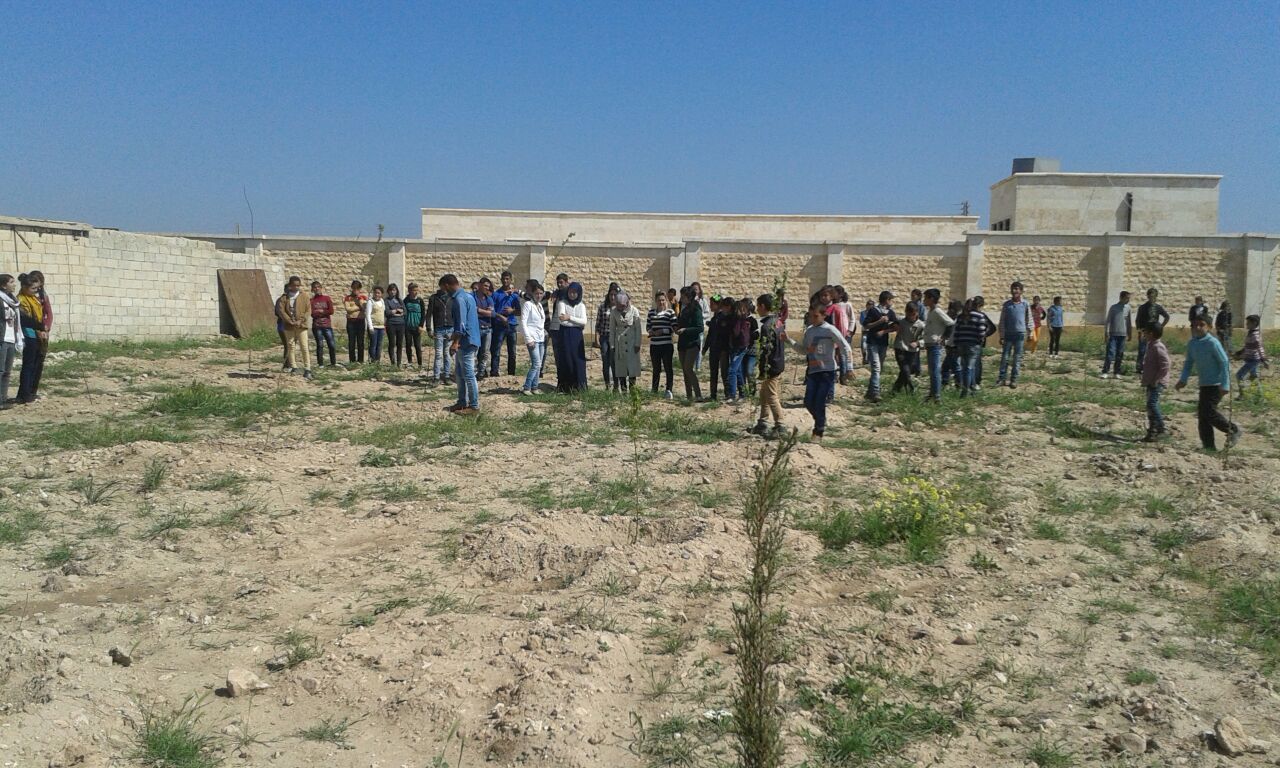 Kobanî [Kobanê / Ayn al-Arab] is a small city in northern Syria, part of the self-declared autonomous region of Rojava since November 2013, which, as part of the wider Syrian Civil War, broke away from the national government in a social revolution. The Rojava revolution seeks to establish a system of democratic confederalism, a system of government devised by Abdullah Öcalan based on the writings of Murray Bookchin, a pioneer in the early ecological movement in the United States (his 1962 book, “Our Synthetic Environment”, was one of the first ever to warn against the dangers of pesticides and espouse an environmentalist worldview, predating Rachel Carson’s more famous “Silent Spring”).

The city came to international prominence during the autumn of 2014, when Islamic State (ISIS) attacked it. The long, drawn-out and ultimately unsuccessful siege, in which thousands of people died and several thousand more had to abandon their homes, marked a turning point in the war against Islamic State, and Kobanî become a symbol of hope and resistance throughout the world. But then what? Once the fighting was over, Kobanî quickly became old news. Meanwhile, for its residents, life goes on. And as ever, a secure food supply is priority that comes before all others.

Between January and February 2017, a delegation met with the organizers of the Slow Food “Gardens in Rojava” project to see the progress being made on the ground to empower local people and establish food sovereignty, starting with children.

There are around a thousand children involved in the Slow Food Gardens, which are spread across 10 different schools. Next to the gardens, there are small playgrounds for children of all ages, which have been built by the local city council together with the administration of the regional Kobanî canton. Training sessions on using the gardens have been carried out by teachers and agronomists for the children, raising awareness of ecological themes among even the youngest students, as well sustainable farming techniques with respect for local agricultural traditions.

The project has assumed enormous importance for the long, slow and difficult process of repopulating the villages around Kobanî which were largely abandoned during their temporary occupation by ISIS. The situation in these villages creates significant problems in getting any sort of food production project going, made worse by a lack of water due to drought and a severe winter. There is also a lack of water wells, meaning even a minimum level of irrigation for the food gardens is next to impossible. A complete trade embargo imposed by Turkey makes the importation of vital goods impossible, too, so the community has taken the decision to focus solely on local crops.

The cultivation so far is largely focused on fruit: each school gives the children the opportunity to work with, grown and take care of one or more fruit trees. The project is allowing the development of ecological ethics as a key part of the children’s education, and will help the community to overcome the lack of foodstuffs which need to be (and were previously) imported by replacing them wherever possible with local crops.