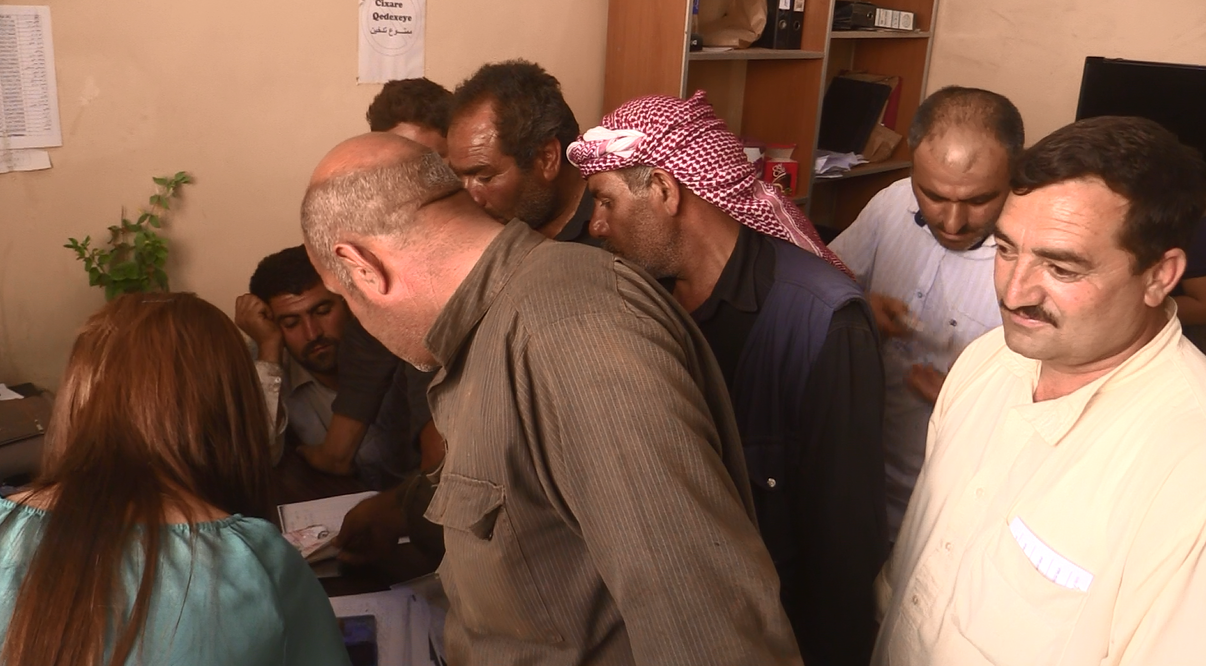 The Economic Committee and the Committee on Finance in Kobanî [Kobanê / Ayn al-Arab] distributed mazut coupons to the owners of harvester trucks to start harvesting in the region.

The Agricultural Committee held a meeting with the owners of harvester trucks at the beginning of May to discuss harvesting the crops in the region, in coordination with the Economic Committee and the Committee on Finance. Together they made some decisions, including setting the prices for the harvest

in most of the region, including Girê Spî‎ [Tell Abyad] and Sarin.

Khalil Shaik Muslim, Co-Chair of the Agricultural Committee in Kobanî, said they had had a meeting with the owners of petrol stations to encourage them to cooperate with the people in harvesting the crops. They also confirmed that they received 225 tons of petrol from Jazira [Kantona Cizîrê‎ / Cezîre] to distribute to them.