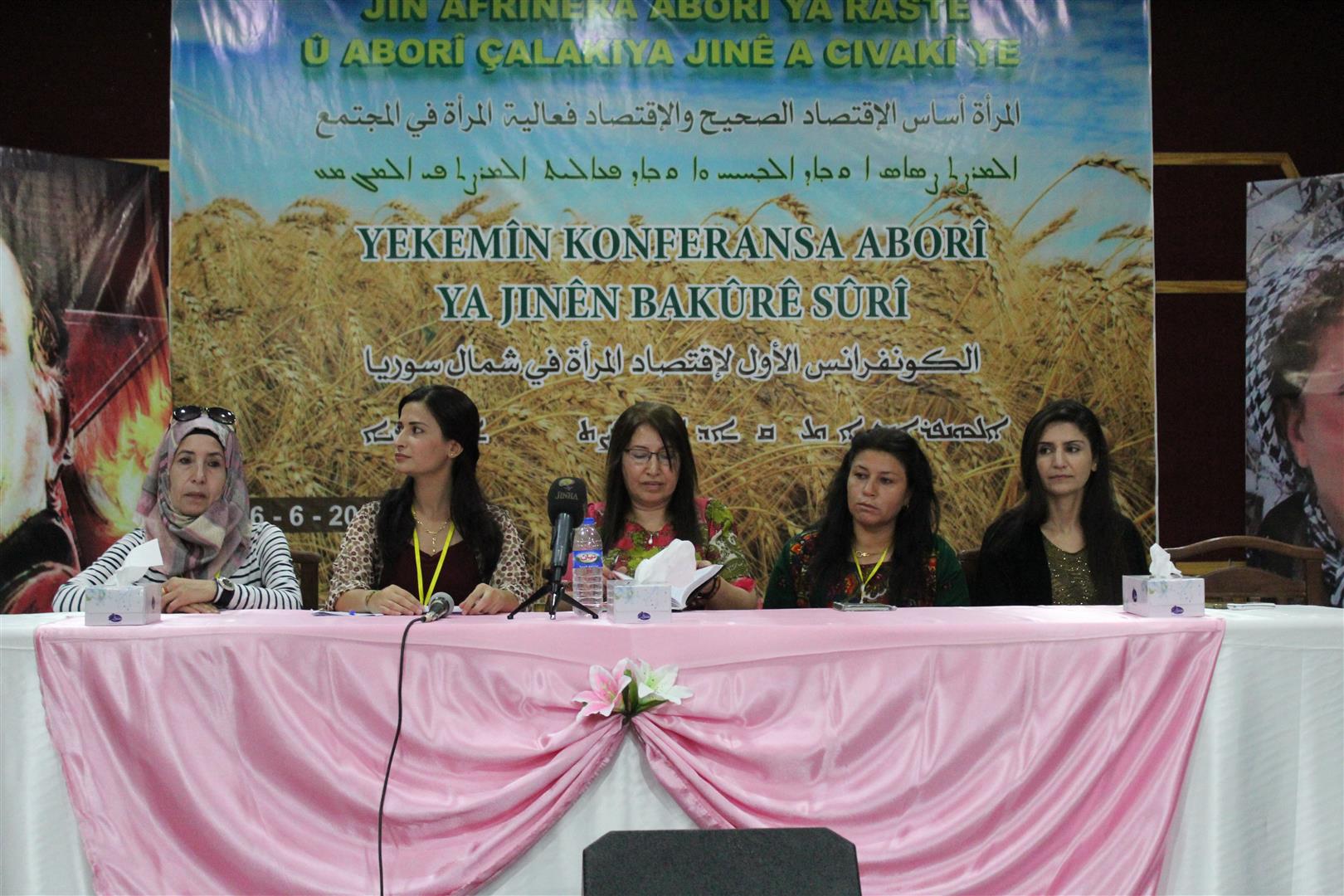 Under the slogan “Women Are the Base of Healthy Economy, Economy Means Women’s Effectiveness in the Society”, the 1st conference of Women’s Economy in North Syria events have been launched.

The conference is being held in Dijla Center For Culture and Art in Dêrik city, 150 delegates from Cizîre, Kobanî cantons and Manbij and Girê Sipî (Tel Abyad) cities, in addition, representatives from all north Syria are participating in the conference.

The hall was ornamented with Kurdish leader photos and freedom martyrs and slogans like, “Women’s Economy Protects Society and Environment”, and “Economy Is Women, Women are the Source of Life”.

The Co-Governor of the Cizîre canton, Haifa Arabo, the Democratic Autonomous Administration delegation, including DAA chancellor Mizgin Ahmad, Amina Omar head of the Women’s Body, Shamiran Koria, deputy of the Executive Council’s head, Co-Chair of the Economy Body Hevrin Khalaf and Ramziyah Muhamad, the Co-Chair of the Monetary Body and the spokesperson of Kongra Star Avin Swed have participated in the conference.

After holding a minute of silence, a divan was formed consisting of five members, then the opening words were delivered by the Co-Chair of Economy Body, Hevrin Khalaf.

The conference is supposed to continue over two days, many speeches will be delivered by the participants, in addition to reading the economic policy draft and discussing it, many other issues related to women economy will be discussed too.