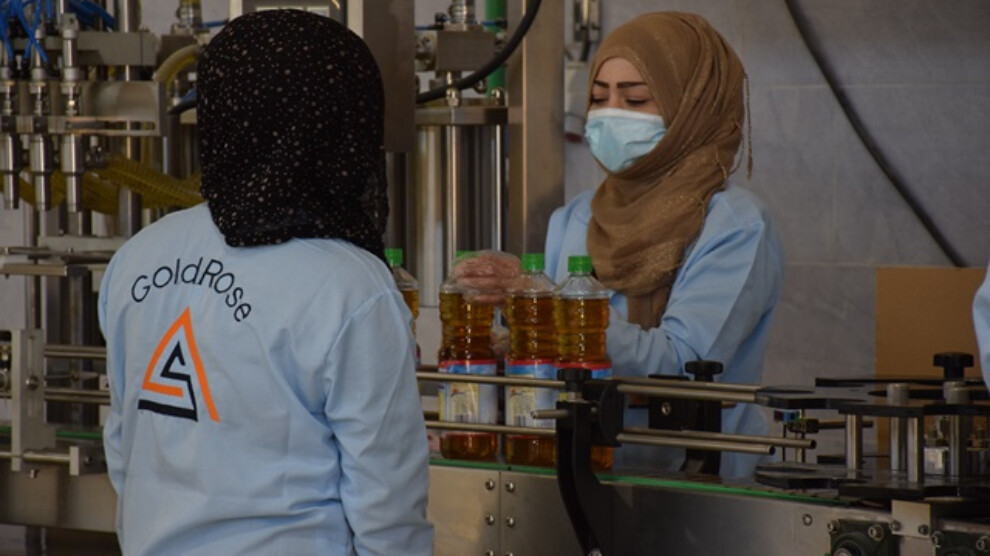 The Economic Council of the Northern and Eastern Syria Autonomous Administration opened the first olive oil factory in the region.

The Economic Council of the Northern and Eastern Syria Autonomous Administration opened the first olive and vegetable oils plant in the region. The factory is called Golden Rose and has been opened through the Al-Hesen company, in Qamishlo.

Selman Barûdo saluted the opening of the factory and said that it will extract olive oil, cotton, millet, sunflower seeds, soy and sesame seeds. Some of the products left here will be used for livestock.

Barûdo continued: “This project will strengthen our economy and reduce the need to import goods from abroad. This will be beneficial for the economy, as we were importing food items in dollars.”

Barûdo underlined that this and many similar projects will come to life in Northern and Eastern Syria in the near future.

The executive also said that the daily production rate will be around 300 tons and the construction cost of this facility is approximately 6 million dollars.

Ehmed Reşid, owner of the Al-Hesen Company, stated that 350 people are employed by the Autonomous Administration and added: “Due to the embargo imposed on the region, we faced many obstacles before meeting the technical needs of the factory. We started the construction of the facility on 15 March 2020, but work on the project was suspended for about 3 months due to the coronavirus.”

Reşid stated that the factory has an ISO certificate for international trade, and that the products are checked meticulously in the factory.