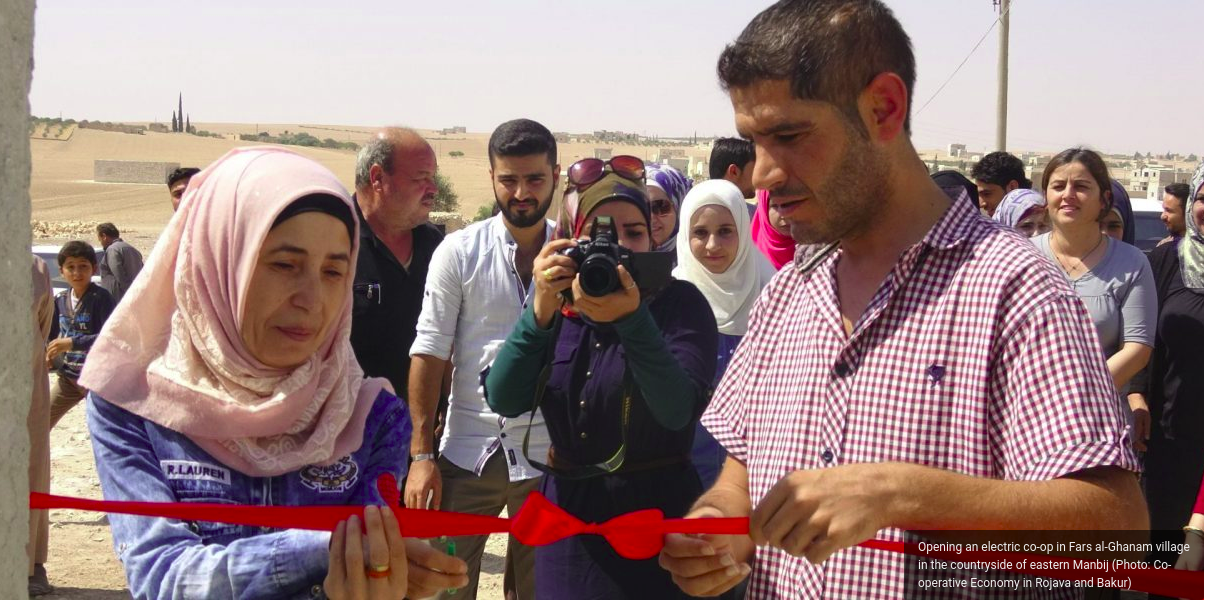 The UK co-operative movement has sent a message of solidarity to its fellow co-operators in the Democratic Federation of North Syria (Rojava) as the first ever conference of co-operatives is held in the region.

This historic event has been co-ordinated by new Unions of Co-operatives which have recently been established in all the cantons and regions of Rojava.

She​ ​said:​ “Support and encouragement for new co-operatives have played a vital role in the transition to a new democratic society in North Syria since the start of the Rojava Revolution in 2012. The democratic, autonomous region has been undergoing a social, political and economic revolution despite, and in some ways because of, the horrific conflict taking place in the country.

“People are taking collective control of their lives and workplaces, and within this system co-operatives play an integral part in reshaping the economy. It’s incredibly important that the UK co-operative movement sends this message of solidarity to our fellow co-operators in the region on this landmark occasion.

“We were invited to write a message of support to be read out by a contact in the region, but with very short notice, and it has been so encouraging to receive a barrage of emails from workers’, consumer and housing co-operatives and other co-operative organisations up and down the country in support of this statement, despite a very tight time-frame.”

A​ ​message​ ​sent​ ​by​ ​contacts​ ​in​ ​the​ ​region​ ​to​ ​the​ ​Solidarity​ ​Economy​ ​Association​ ​said​: “Co-operatives [have] become successively a strong element of the economy in Northern Syria, which is developing as a communal and democratic economy according to our political concept of Democratic Confederalism.

“Due to the difficult political and military situation in our region there is no opportunity to invite any members or representatives from co-operative movements abroad, or other economical structures of solidarity. We are very sorry about that. However, we are strongly interested to get and stay in contact with the co-operative movements all around the world aiming an economy of solidarity. In this sense we would be very pleased to get a message from you for our important conference!”

The Statement of Solidarity, which can be read in full here, has been translated into Kurmanci, one of the main local languages, and will be read out to delegates during the conference on Saturday 21 October 2017.

If you would like to add your name to the list of organisations representing the UK co-operative movement sending this message, please do so by emailing info@solidarityeconomy.coop and putting ‘Solidarity with Rojava’ as the email title.

For more information about the co-operative revolution in Rojava, visit www.cooperativeeconomy.info