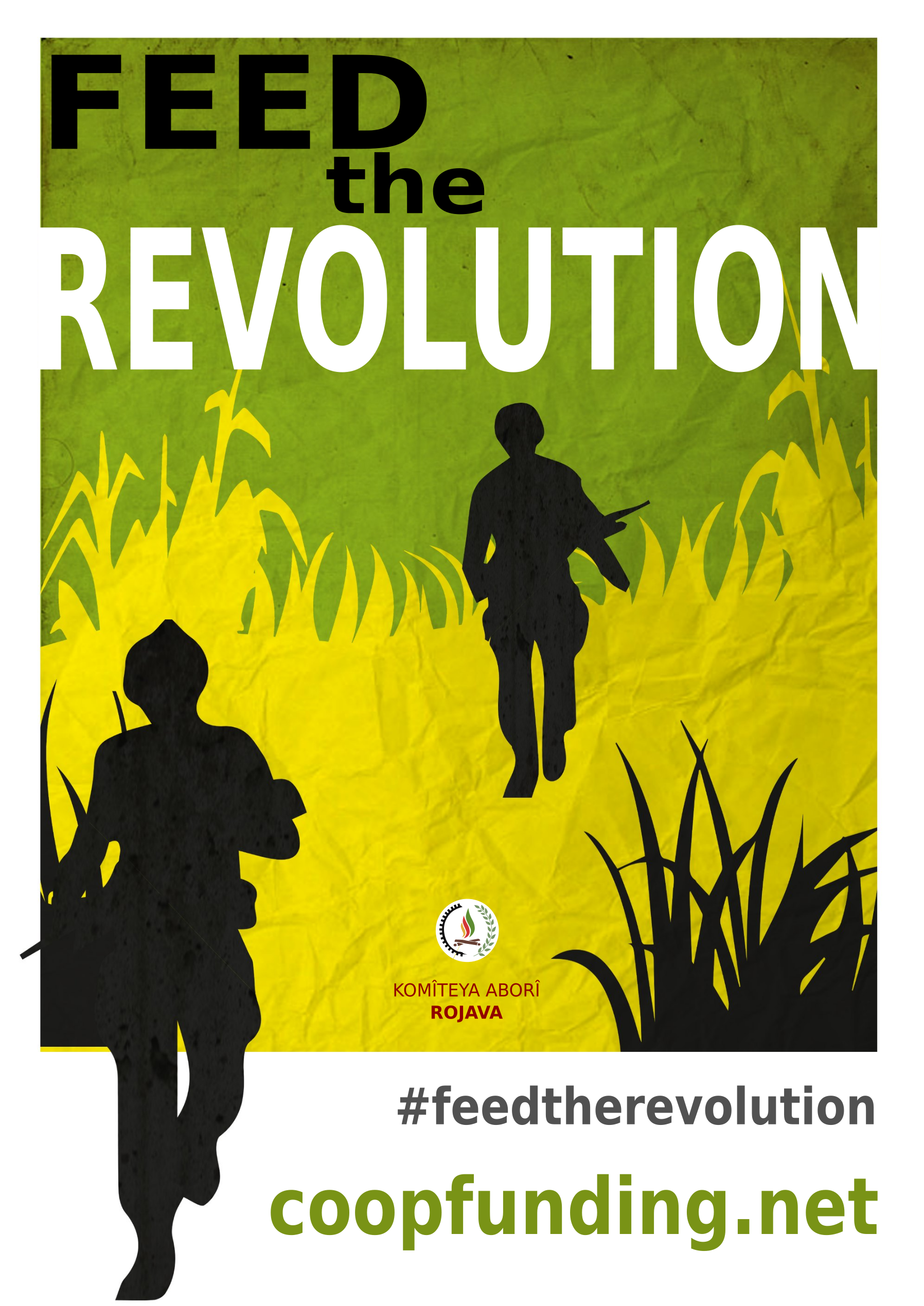 This article is about a fund-raising campaign taken from the page on coopfunding.net.

The fundraising campaign is now over, though there are rumours that it is still possible to donate through cryptocurrency (Bitcoin, Faircoin, etc).

On their Facebook page, Rojava Plan, the group has announced that they have actually raised €100,001, which is more than shows up on the fundraising page. Although some way short of their target, this is obviously a really incredible fundraising effort and show of solidarity from everyone who donated and promoted this project. 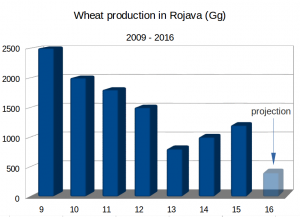 Rojava’s territory in Northern Syria extends from Turkey in the north and Iraq’s Kurdistan Region in the east, in the south and west it is limited by the frontline with ISIS. For years now Rojava has been cut off from much needed imports through an embargo enforced by these powers.

Rojava’s economy is based on agriculture, under the Assad regime it was known as “Syria’s bread basket”. The Syrian state established huge wheat monocultures that make up more than 90% of Rojava’s agricultural produce today. Since the revolution started, farmers have begun to diversify the agriculture, but the people still rely on wheat not to go hungry. 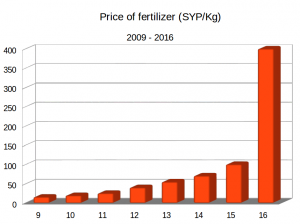 To grow the wheat fertilizer is needed. Because of the war and the embargo, the farmers get less and less fertilizer every year. This year, only 10% of the needed fertilizer could be imported, which means that farmers will be able to harvest only an estimated third of the expected amount of wheat. With experts predicting a historic drought in the Middle East this year, the harvest will probably be even less. Amidst renewed attacks from ISIS and other jihadist group,s Rojava’s people are facing a great famine.

Rojava needs to make its own fertilizer. The only resource needed is biological waste from the towns, villages, and farms. Chemical fertilizer has reduced the soil’s fertility over the years, and now it is not available anymore. Organic fertilizer is sustainable and easy to make.

The biological waste of an average Rojavan town is enough to make fertilizer for 60 percent of the land tended to by the town’s inhabitants. Together with animal droppings from the farms, Rojava can make enough organic fertilizer for all of its arable land.

Conduct training in the neighborhood centers and schools and produce educational material (pamphlets, short films) about the need to separate waste.

Establish facilities for processing the waste and making fertilizer.

In the facilities, the waste is sorted, chopped, and mixed with a given amount of straw 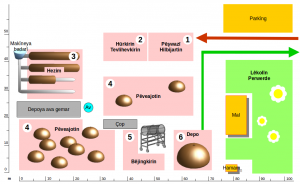 to achieve the right Carbon-Nitrogen ratio.

After a half-mechanized digestion process of 3 ½ months, the fertilizer is ready and will be given to the farmers.

Rojava is a unique place. It is a successful model for a peaceful and democratic Middle East. This project is vital to make Rojava’s people self-sufficient, it is vital to make the social and ecological revolution happen. For years Rojava has stood with the world against terror and fascism. Now it is your turn to stand with Rojava.

This is what we need the money for:

In a couple of months we will publish a detailed report with all our expenses.

We are part of the Economic Committee of Rojava’s self administration.

This is part of the Rojava Plan. On our website you can read about our future projects.

Let’s talk! Write us a message to:

Rojava is a territory in northern Syria inhabited by roughly 4 million Kurds, Arabs, Assyrians, Ezidis and many other ethnic minorities. After the outbreak of the Syrian civil war the people of Rojava set up a democratic self-administration and set in motion a social revolution based on the principles of stateless democracy, gender equality and ecology. Their self-defense units YPG made headlines in 2014 when they defended the city of Kobanê against a major Islamic State assault. The YPG are well-known for over a third of their fighters being women, organized as the women’s defense units YPJ. YPG and YPJ are the only force that continuously defeats IS and the Al-Nusra group, the USA have named them the “most effective boots on the ground” in the war against IS.

Rojava’s self-administration is secular and inclusive, respecting all ethnicities and religions. All offices are dual: one woman and one man. It’s probably the most democratic country in the world.

Bitcoin and other cryptocurrencies are the future of finance and decentralized economy. We are strong supporters of them, and accept them for this project. We hope to big future Bitcoin projects in Rojava. One of our goals is to heavily promote Bitcoin in Rojava.

You can also contribute with Faircoin or Bitcoin (anonymously or not). Just put the desired amount in euro currency and choose the “Transfer and other manual payments” option in the checkout page. Once submitted the order, you’ll see on screen (and receive by email) the campaign cryptocurrency accounts, so you can send your coins.

To donate cryptocurrency, click on the Fairbill option, and then on the Bitcoin option. Or send it to the following address: