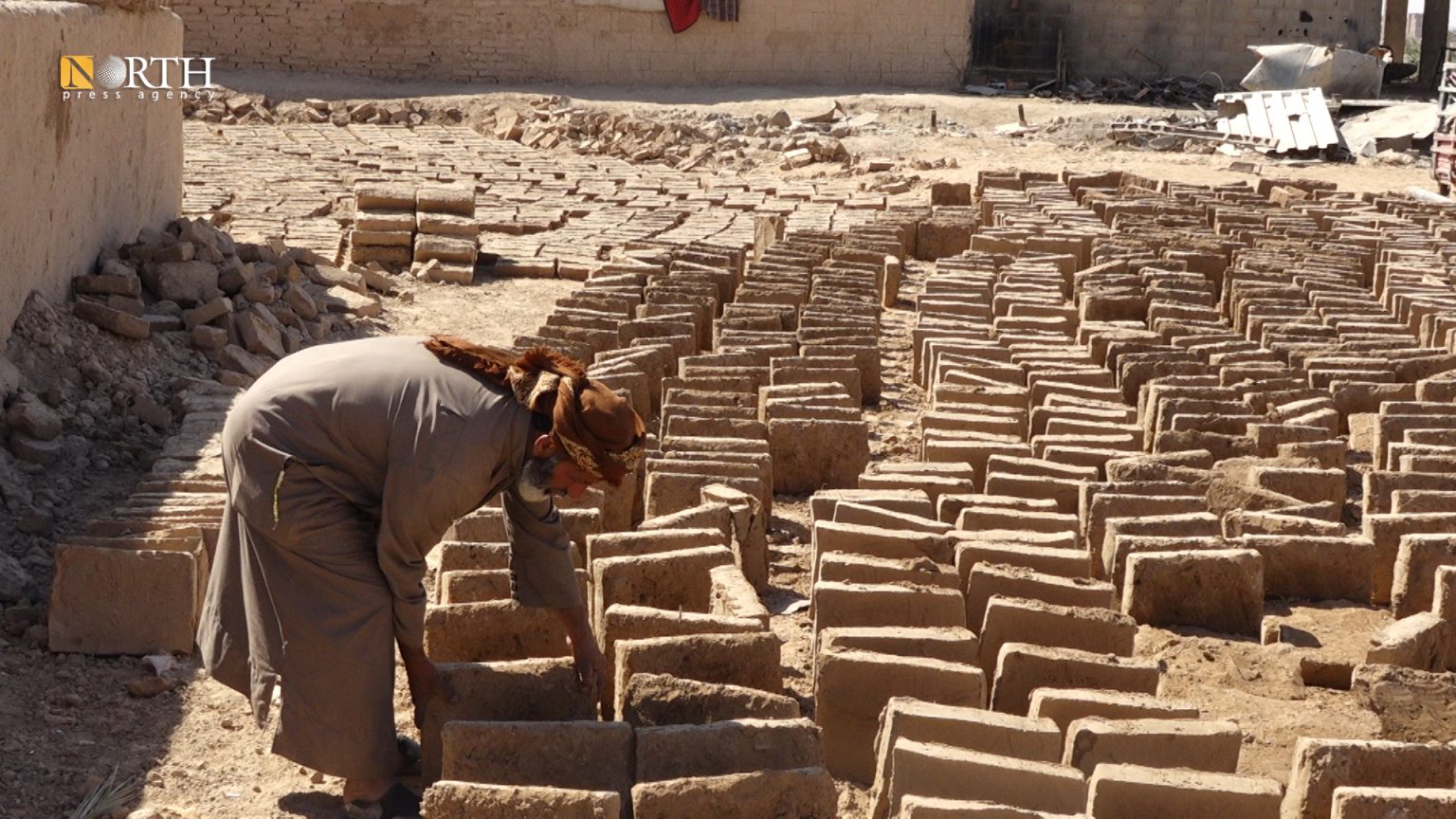 The construction with clay materials declined before the years of the war in Syria, but this phenomenon has re-emerged in several Syrian regions due to economic factors.

Majority of residents were forced to move back to the old ways of building, such as mud, due to the high prices of cement materials in construction, al-Saleh told North Press.

The price of one cement block in Deir ez-Zor countryside is approximately 1,000 Syrian pounds, and one ton of rebar is sold at the equivalent of $ 850, while a bag of cement is sold at five dollars.

Al-Saleh believes that the suitability of mud houses to the weather conditions is another factor encouraged people to return to them, as they are warm in winter and moderate in summer.

Al-Saleh’s children help their father build their mud house instead of bringing any workers to reduce construction costs.

Manufacturing mud brick entirely relies on local materials such as dirt and straw, and a primitive wooden mold to shape the brick.

Workers in making mud bricks buy dirt at an amount of 30,000 SYP per truck.

The brick-making phase begins with mixing water, soil and straw to form a clay paste that is poured into the wooden mold and left for several days until it dries and becomes usable and buildable.

Although al-Saleh believes that this work has hardships that are not suitable for children, “the situation forced me to accept their participation.”

“My children, along with the children of my deceased brother, 26 people, so how can I bear the costs of their living if they do not work with me,” the father wondered.

Khaled al-Terki, a resident of Hajin countryside, receives 120 SYP for one brick from his workshop.

The man had previously worked in building houses with cement materials, and had finally had to replace it with a new profession that corresponded to the economic conditions in his area.

He pointed out that the prices of cement building materials have become more than the ability of people with limited incomes, that is why people resort to the mud bricks in building their houses.

Local residents believed that imposing censorship over local markets and merchants and finding economic development targeting sectors that strengthen the population’s purchasing power would alleviate the economic crisis they are experiencing.

Al-Terki described the turnout of the locals to buy mud bricks as acceptable, because the cost of building the mud room is appropriate with the residents’ income and economic conditions.