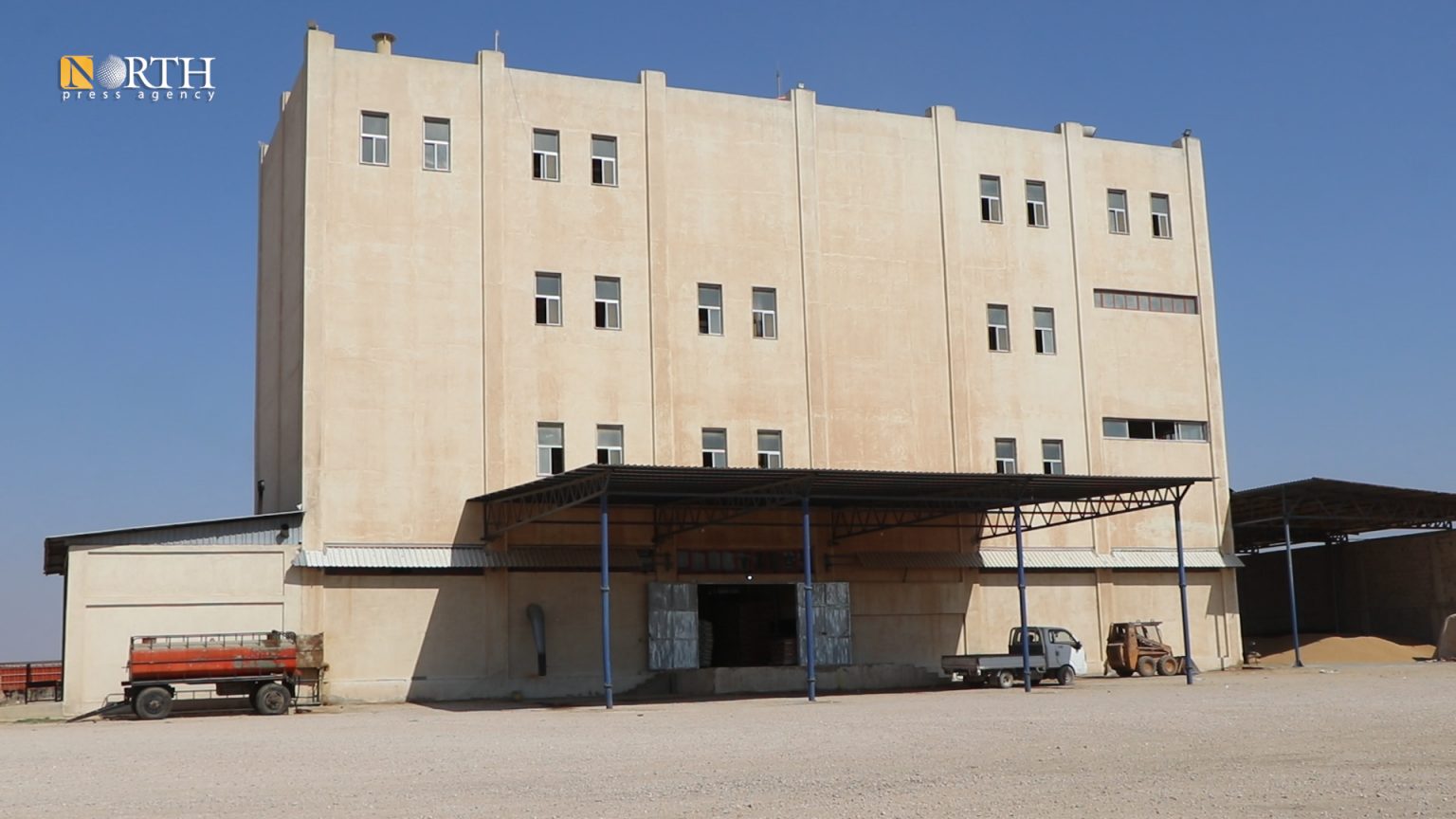 The Judi factory for producing bulgur in Qamishli, northeast Syria, secures job opportunities for male and female workers in the area, and secures the basic needs for food production in northeast Syria in cooperation with the region’s other factories.

The factory entered into service in 2008, and had about 75 workers.

Fatma Ali, from Qamishli, said that she worked as a warehouse keeper and a supervisor in the packing section. She, along with six other workers, makes 1,200 Syrian pounds (SYP) for each ton of bulgur she packs.

They work for eight hours; many are forced to work to secure their families’ needs, according to Ali.

There are about 450 factories in the Jazira region, most of which produce foodstuffs, candies, hosing, chips, bulgur, and legumes, in addition to factories which pack cleaning materials, according to the Economic Committee in the Hasakah Region.

Over the past decade, many factories have opened in the areas of the Autonomous Administration of North East Syria (AANES), which is considered relatively stable compared to other parts of Syria, in addition to the existence of dynamic commercial activity there.

These factories provide job opportunities for thousands of people to be able to secure their basic necessities in the light of the deteriorating living conditions.

Maryam Ali, a worker in the factory, said that she made 100,000 SYP per month working roasting vermicelli in order to help her father to provide for his family of eight.

She works from 8 AM until 4 PM, and she is happy to be able to help her family.

Additionally, the Judi factory produces about 35 tons of bulgur per day, and fodder to support livestock.

About 60% of the production was coarse bulgur that was exported and sold in the Syrian interior, Salam Ismail, Managing Director of the Judi factory, said to North Press.

They faced several difficulties before and after the Syrian war. Turkish products rivalled theirs because the Turkish government supported its industrial productions and this was not available in Syria, he added.

The factory is facing difficulty in securing flour, which is mixed with the bulgur to produce vermicelli.

The most difficult obstacles were to secure maintenance parts from Turkey, especially as most machines were made in Turkey, in addition to the high costs of repairing malfunctioning equipment, according to supervisors.

Additionally, they faced difficulties regarding exporting coarse bulgur to the interior due to the closure that was imposed by the Fourth Legion that was stationed at Tabqa crossing between the Autonomous Administration-held areas and Syrian-government-held areas, let alone the fines that the checkpoints imposed on trucks, which increased the costs of goods.