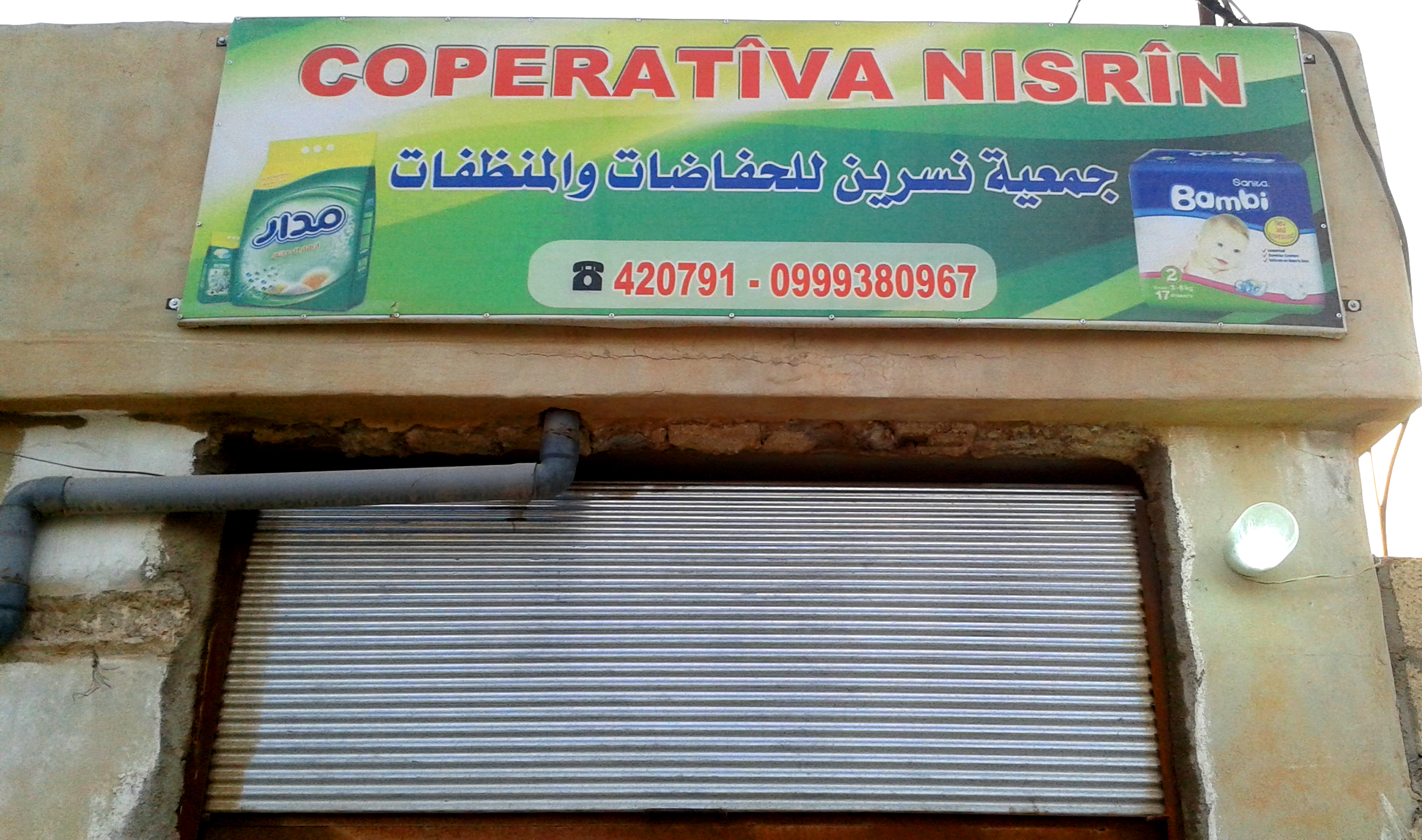 Since the outbreak of the Syrian and Kurdish revolution, Rojava has been suffering from a blockade and embargo by the Turkish state, as well as some armed extremist groups who are pressing the Kurdish regions hard by preventing goods from coming into Rojava. This situation of course leads to and encourages smuggling. The only commercial border crossing with Bashur [South Kurdistan / North Iraq] is the subject of political bickering between the local government of Rojava and the Kurdistan Regional Government (KRG), which obstruct the movement of trade from time to time. All of these issues have led to the shortage of goods, food food and medicine. Traders, on the other hand, have taken advantage of the scarcity of goods to dominate the market, monopolise, and control the prices of necessities.

These factors motivated and encouraged the working classes to find solutions to the high prices. Some local public initiatives have established cooperatives to curb this exploitation phenomenon which is based on the mentality of capitalism. One of the most well-known cooperatives in Qamişlo [Qamishli / Al-Qamishli] is Nisrîn Cooperative.

Nisrîn Cooperative was established on 11th April, 2015. At that time, it consisted of five people, who each paid around 15,000 Syrian pounds (SYP), meaning they were able to raise 75,000 SYP between them. Their main aim was to help the poor and to break the traders’ manipulation of the prices of food and detergents, because the prices in Nisrîn Co-operative are cheaper and more competitive than the central market, which is controlled by the traders.

Over the first year, the number of members rose to 54 people, each with a share of about 10,000 SYP. The 54 shareholders hold meetings at which they elect a committee of five people to make decisions. Evin Tamo and Yasser Ahmad are joint supervisors* for the project. They work together in the shop and they receive equal wages for their work. No-one else works in the shop.

Evîn says, “Although we are in a public neighbourhood on the outskirts of the city, customers are coming to us from far away and sometimes from cities like Dêrik and Girkê Legê, due to the low prices of our cooperative.”

She confirms that Nisrîn Co-operative is in great demand and that they are in the process of establishing another co-operative for underwear.

Yasser Ahmad, the male co-supervisor of the co-operative, says, “The idea is based on making things easier for the poorer classes and to help the citizens to obtain their needs at affordable prices, therefore the goal is not profit.”

Mr Ahmad says that the co-operative purchases food products, detergents and household items directly from factories, and is being offered to customers for little profit in a way that does not overtax the citizens. He says, “The prices in our co-operative remain competitive and are always cheaper than the central market and other shops”.

Perwin Biro, a local woman who owns a share in the co-operative, says that this co-operative gave them some hope amid the tension in the region. Before participating in the co-operative she was reliant on monthly aid which was distributed by some charitable organisations, but now she lo longer relies on aid or food baskets. Instead, the share she invested in the co-operative gives her a sum of around 3,000-4,000 SYP per month, which helps to meet her needs. She says, “What I receive monthly from the co-operative helps my family, alongside the job of my husband.”

*The words “supervisor”, “manager”, “administrator and “coordinator” are used interchangeably in English translations to refer to the joint persons who run these kind of projects, as in all institutions in Rojava. The word in Kurdish is “hevserok”, which basically means “co-leader”.