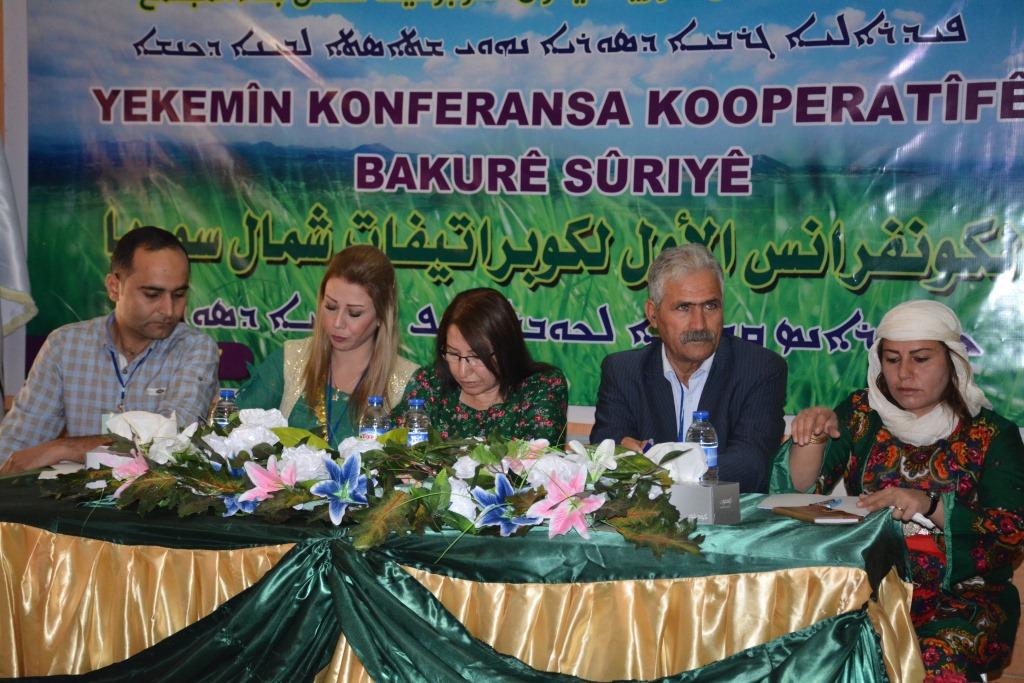 The Conference continued in its second day with more discussions and evaluations of the cooperatives. The conference started on 21 October in Derik [Dêrik / Al-Malikiyah], Qamishlo with 200 attendees. It was held under the banner, “The cooperatives will be the foundation of society in Northern Syria”.

The members of cooperative societies shared their opinions about cooperatives. Each member talked about the cooperative they work for, and most discussions were about the importance of training in working in cooperatives, and knowing how to set them up and attract people with low incomes.

Some members from Serekaniye [Serê Kaniyê / Ras al-Ayn] discussed the problems in most cities of Northern Syria, such as the shortage of factories and the exploitation of citizens by some traders. A member said, “There is a shortage of co-operatives and that’s because of lack of participants in Serikaniye, as well as the exploitative attitude of some traders who have factories, and are selling the products at very expensive prices ─ and the workers are working long hours.”

One member asked to increase the number of cooperatives in the Euphrates region, in order to develop a participatory economy that will serve all members of society, and to be as far as possible from the capitalist system.

One member wanted to open academies and hold training courses to help get rid of the capitalist mentality, because the goal is not only to make a profit for the cooperatives, but also to establish an economy that benefits society, and create a co-operative and participatory environment that benefits everyone in society.

The co-operatives continued to hold discussions and were to reach important decisions during the conference that will improve the economy in Northern Syria.