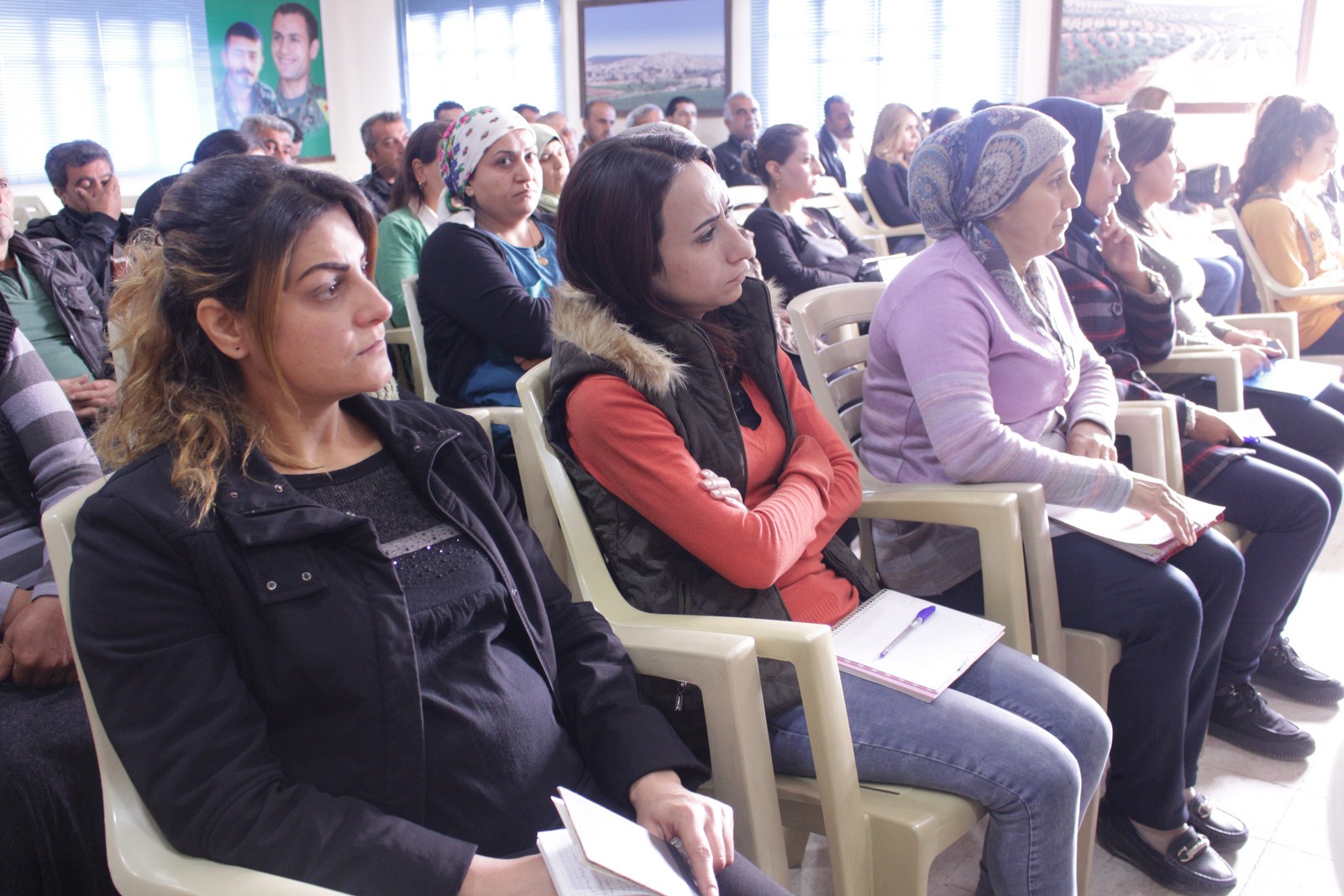 The meeting was attended by Najah Qormo and Kamal Abdullah and other co-chairs and administrators of co-operative societies.

The meeting hall was filled with photos of many men and women martyrs of the revolution, and also the photo of the Kurdish leader Abdullah Ocalan.

Co-chair Najah Qormo began by reading the annual report of the Committee of Co-operative Societies. The co-chair Kamal Abdullah spoke about the work of the co-operative societies over the last year. He stressed that there have been a lot of projects that are benefiting the people in that region. He mentioned some of them that didn’t really meet the expectations due to some difficulties and the lack of financial capabilities, and also due to the blockade.

Kamal also said that the first meeting was held in Jazira Canton [Kantona Cizîrê‎ / Cezîre] a few weeks ago. He said, “Many decisions were made which were very important to raise the standards of the co-operative societies in Afrin.”

He said that these projects represent the spirit of co-operation and participation, that their aim is to come up with solutions together, and that they are working hard not only to improve society’s financial situation, but also the level of morality.

Kamal concluded that they should create a solution for the economic problem to break the blockade and the monopoly.

Discussion started among the attendees, some of them mentioning inflation, which they attributed to some traders who live in the canton, and also to competing shops leading to monopolies forming.

The meeting culminated in a few statements by the organisers of the meeting, such as, “We, as management of co-operatives, are a bit far from one another and we lack co-ordination. We should also bring ourselves closer to the people and communities… Our main goal should be to break the blockade and monopoly.”